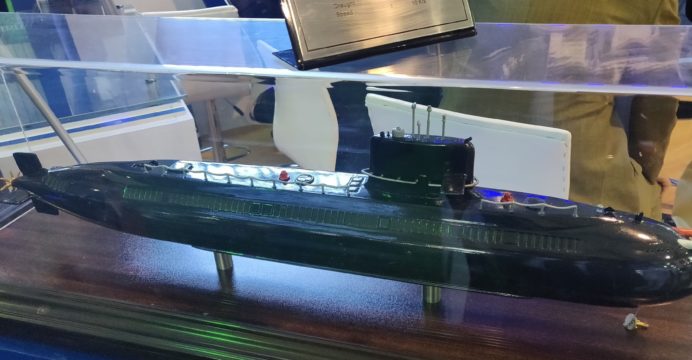 With a deal for three Type 214 submarines falling through, in 2011, the Pakistan Navy (PN) started talks with China Shipbuilding & Offshore International Co. Ltd (CSOC) for six air-independent propulsion (AIP)-equipped submarines. In April 2015, the Pakistani government approved the purchase, but of eight AIP-equipped submarines which, at the time, the Ministry of Defence Production (MoDP) termed as the S20.

Reports about the submarine deal pegged its value at $4-5 billion US (Financial Times), but it was unlikely to include only the submarines. However, in late 2017 and early 2018, the PN signed deals for four Type 054A/P frigates from China. It is possible that the $4-5 billion US figure included those ships.

In August 2016, the Chief Project Director of the Navy’s new submarine program disclosed to the National Assembly’s Standing Committee on Defence that the first four of these submarines are due in 2022-2023, and the remaining four by 2028. The last four will be built by Karachi Shipyard & Engineering Works (KSEW)

In January 2017, the then Chief of Naval Staff (CNS) of the PN, Admiral Muhammad Zakaullah, announced that the new Chinese submarines would be christened the Hangor-class, in honour of the Daphne diesel-electric submarines (SSK) the PN procured from France in the late 1960s.

The PN did not disclose the subsystems or specific weapon systems of the new Hangor-class submarine, nor did it reveal the type of AIP the submarines will use. However, CSOC’s S26 design, which a number of observers believe the Hangor is based on, uses a Stirling AIP system. Thailand is procuring three S26Ts for $1.04 billion US, i.e., roughly $347 million US per submarine.

During the 2018 International Defence Exhibition and Seminar (IDEAS), KSEW revealed a scale mock-up of the Hangor submarine as well as some of its specifications. Like the S26 design, the Hangor model showed six torpedo tubes for heavyweight torpedoes and anti-ship cruising missiles (ASCM). 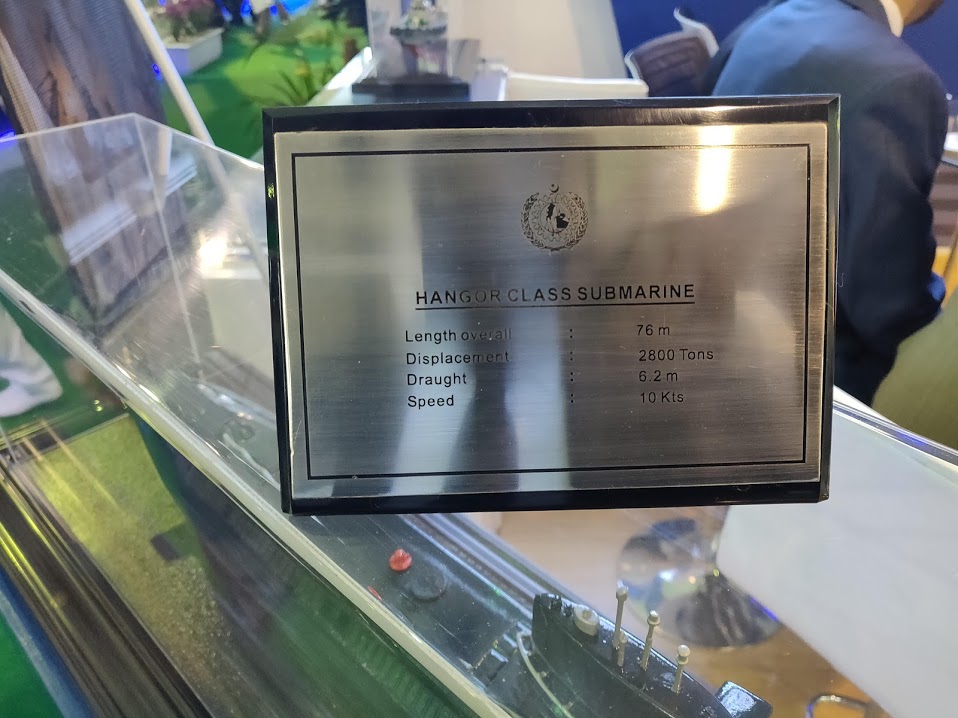 But the Hangor also had a number of differences, mainly a heavier displacement (2,800 tons vs. the S26’s 2,550 tons). Moreover, it appeared that KSEW did not disclose the maximum cruising of the Hangor. The Hangor’s hull was also slightly shorter (76 m vs. the S26’s 77.7 m).

Thus far, these are the only official or verifiable details of the new Hangor submarine. However, in addition to heavyweight torpedoes and ASCMs, the PN is likely to use submarine-launched cruise missiles (SLCM) from the Hangor as well, notably the Babur 3 SLCM, which has a stated range of 450 km.

Note: Quwa will update this page as the PN and/or KSEW disclose additional details.