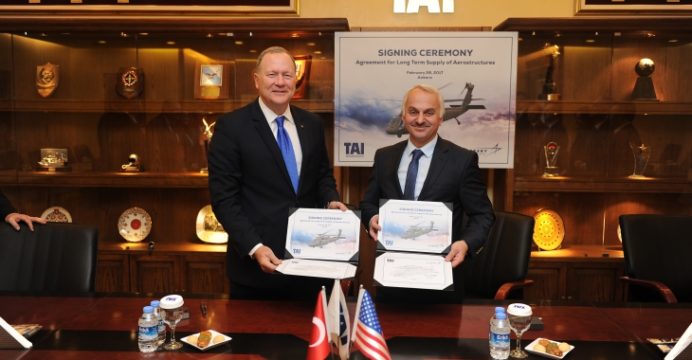 Designated the T-70, the Turkish Black Hawk will fulfill the Turkish Utility Helicopter Program (TUHP) requirement as well as be marketed to prospective third-party clients.

TAI and Sikorsky intend to extend the parts manufacturing agreement to 2044, which should accrue $500 million in workshare for TAI and TUSAŞ Engine Industries (TEI).

Defense News reports that the Turkish industry expects to receive 67% of the total workshare in the TUHP program, with $1.4 billion in activities over 30 years. Domestic and overseas orders are projected to result in a production run of 600 T-70 helicopters.

Turkey is undertaking several major steps to bolster its aviation industry, with helicopter production and development works at a relatively advanced stage. Alongside the T-70 Black Hawk, TAI is manufacturing the T-129 ATAK dedicated attack helicopter and is developing a light-medium utility helicopter in the T-625. TEI is also developing its own turboshaft engine series.

The T-70 is a mature design with dozens of users attesting to the Black Hawk’s performance and reliability. Production in Turkey will enable Sikorsky to further build upon the Black Hawk’s existing scale, and in turn, market the platform to existing and prospective new customers.

Turkey could use the T-70 to link into Washington’s efforts to equip Afghanistan with UH-60s, either with whole aircraft or maintenance parts and logistics support. Turkey can also be a contender to supplant several of Pakistan’s aging helicopter platforms, such as its navy’s Sea King in the anti-submarine warfare and anti-ship warfare roles, or the Pakistan Army’s aging SA330 Puma utility helicopters. There is also a vast civilian and civil services market (with aging Mi-8/17 and UH-60 Black Hawks) as well.