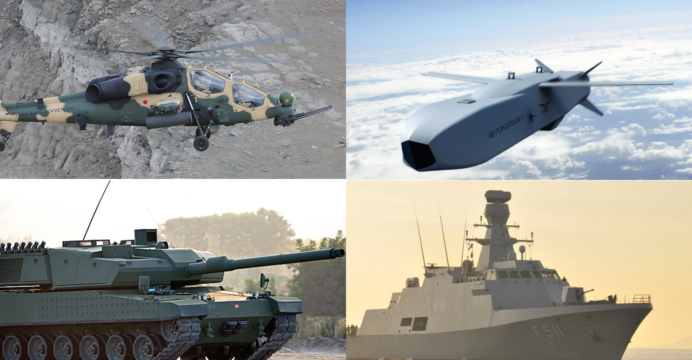 The Associated Press of Pakistan reports that the two sides committed to the “mutual cooperation in [the] defence arena covering defence industries, training of armed forces personnel … exchange of visits … and frequent interaction between the [respective] armed forces.”

Turkey has emerged as one of Pakistan’s leading defence suppliers, effectively its largest after China and the United States. This was exemplified in June 2016 when the Pakistan Navy awarded the Turkish defence contractor Savunma Teknolojileri Mühendislik ve Ticaret A.Ş. (STM) a USD $350 million contract to upgrade its three Khalid-class Agosta 90B air-independent propulsion (AIP)-powered submarines. In turn, Aselsan and Havelsan were awarded subsystem contracts in support of this upgrade program.

Pakistan is also in talks for four MILGEM surface warships, which STM hopes to conclude in 2017 in tandem with other defence programs. Turkish Aerospace Industries (TAI) is also hopeful of selling T-129 attack helicopters to the Pakistan Army, thus building upon its earlier (and concluded) program of upgrading the Pakistan Air Force (PAF)’s fleet of Peace Gate F-16A/B Block-15s. Aselsan also sold 16 ASELPOD advanced targeting pods to the PAF for use on the JF-17 multi-role fighter. Aselsan is also hoping to expand its work in Pakistan by engaging with the Pakistan Army and Heavy Industries Taxila in the al-Khalid tank program.

While Turkey is Pakistan’s third major supplier, it is second only to China in terms of being Pakistan’s key defence partner. Besides armament sales, Turkey has also engaged Pakistan in other fronts, such as joint-exercises – including marquee air exercises such as Anatolian Eagle – and training programs. Arms sales notwithstanding, the broader partnership has grown and thus, meetings such as this Dialogue Group are of significance. Arguably, the next step would be bilateral defence development cooperation, though it is not yet known how this would materialize.