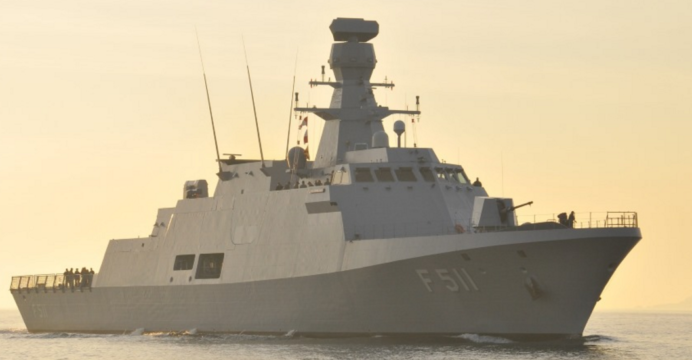 Turkey’s new defence minister, Fikri Işık , visited Pakistan on Friday and informed the media that a number big-ticket programs are underway between the two countries. In fact, Turkey and Pakistan committed to enhancing defence and defence industry ties at the beginning of May.

The programs on the table include the Pakistan Army’s interest in the Turkish Aerospace Industries (TAI) T-129 ATAK attack helicopter, the sale of Pakistan Aeronautical Complex (PAC) Super Mushshak trainers to Turkey, and two Pakistan Navy programs – the upgrading of the Navy’s three Agosta 90B submarines and the possible purchase of four Ada-class (MILGEM) corvettes.

The acquisition of four modern corvettes has been in the making for almost 10 years. While smaller than modern frigates, corvettes can serve as valuable maritime security assets. Not only can they fully support one’s offshore patrol and policing needs, but in time of war they can potentially double as anti-submarine warfare (ASW) assets.

The MILGEM fits that mission profile; it is a low-observability and low-detectability design equipped with modern on-board sensors, electronics, and weapons. In fact, the Pakistan Navy was in talks with Turkey for four MILGEM corvettes in the late 2000s, but a severe fiscal crunch at the time scuttled the program.

This time, it appears that Turkey is planning to extend a loan or line-of-credit of $400 million U.S. (source is in Turkish) to enable Pakistan to purchase the ships. According to Defence Minister Fikri Isik, Pakistan formally requested four corvettes, and the loan to fund them has already been submitted to the relevant government bodies in Turkey. If approved, Pakistan will get to pay for the ships in installments.

The timing of the MILGEM/Ada-class corvette news is interesting. It was only last week that a Pakistan Navy delegation, led by the Chief of Naval Staff no less, visited South Africa, and among the matters raised, the delegation requested information on the Denel Dynamics Umkhonto surface-to-air missile (SAM) system. Whether the two are related is not known, but it would make for an interesting – if not likely – configuration. Minus the prospect of requesting the RIM-116 Rolling Airframe Missile (RAM) (which is not an outlandish idea), the Umkhonto would make for a good combination with the MILGEM.

There are other questions regarding the configuration as well; would Pakistan retain the Thales SMART-S Mk2 radar? Would Pakistan carry forth the Harpoon Block-II anti-ship missile (AShM)? The challenge that Pakistan faces is not only one of access and cost, but flexibility as well. In a sense, the MILGEM is more of an opportunity than it is a challenge, assuming Pakistan capitalizes upon the chance to equip the platform with its choice of subsystems.

This is not to say that aspects of the Turkish Navy MILGEM will not make it to the version for Pakistan. For example, Turkey could theoretically seek permission from Thales to re-export the SMART-S Mk2, which is produced under license by Aselsan. Remember, Thales is a multi-national entity, the SMART-S Mk2 falls under Thales Nederland, so acquiring its permission is plausible. Alternatively, Pakistan could tap into its existing relationships with Leonardo-Finmeccanica or Saab for the KRONOS or Giraffe, respectively.

In terms of the AShW and ASW suite, it would not be surprising to see Pakistan acquire the suite from the U.S. The Pakistan Navy is already a customer of the Harpoon Block-II and Mk-46 torpedo, but if that route is closed, Pakistan could speak to MBDA’s Italian branch for the OTOMAT Mk2 AShM and MU-90 ASW torpedo. Alternatively – and perhaps more likely – Pakistan could equip its corvettes with the C-802 AShM and CY-series ASW torpedo (not clear which specific version the Navy uses).

Some may be wondering if Pakistan is in talks for the enlarged TF-100 variant of the MILGEM. This is very unlikely to happen. That platform still seems to be under development, and the wording of the Turkish defence minister was quite specific – Ada class corvettes. Others may also speculate that four would be the initial number. This is not known to anyone, but if it comes to be true, it would be a welcome move.

The MILGEM is a promising design, one with evidently room for development (as demonstrated by the TF-100 light frigate program). If the Pakistan Navy is going to procure it, it would be wise to do what it can to work with the design and build upon it. But this is speculation territory, at least at this time.