STM Turkey in talks to design corvette for Pakistan
February 18, 2020 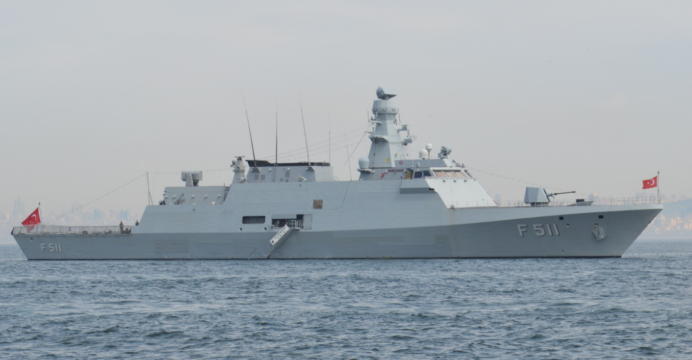 STM Turkey in talks to design corvette for Pakistan

In its official press release, the Turkish shipbuilder Savunma Teknolojileri Mühendislik ve Ticaret A.Ş. (STM Turkey) noted that it was in talks with Pakistan “in order to develop [a] new corvette project, like MILGEM, in order to meet the needs of [the] Pakistan Navy.”

This follows an earlier statement by STM’s General Manager Davut Yilmaz, who had hoped to finalize at least one of two major export orders by the end of 2016, one of which is the Pakistan corvette program.

At the time, Defence Minister Fikri Işık announced that Pakistan’s request for a $400 million U.S. loan/line-of-credit to help finance the acquisition had been referred to the relevant Turkish government bodies.

Pakistan had attempted to acquire four corvettes from Turkey in the late 2000s, but strenuous economic conditions caused those plans to be shelved. Fortunately for the Pakistan Navy, it appears that momentum is once again returning to this requirement. The corvettes are likely being sought to replace the Pakistan Navy’s six Tariq-class (Type 21) frigates, which are on average over 40 years of age. These ships would be used to patrol and defend Pakistan’s sea lines of communication.

At this time, the specific configuration of the Pakistan Navy’s corvette design has not been disclosed. STM seems to be suggesting that a platform could be designed based on the MILGEM, but to what extent it would be similar to the Ada-class corvette is not clear. STM does have numerous surface warship design concepts it could draw upon as it prepares a solution for Pakistan.

That said, there is a noticeable gap in the Pakistan Navy’s anti-air warfare (AAW) capabilities. Its newest warships – i.e. the Zulfiqar-class (F-22P) frigates – do not possess medium-range surface-to-air missile (SAM) systems, which are increasingly common on other modern surface combatants. At present, the Zulfiqar-class frigates depend on the short-range FM-90, which has a range of 15km.

It will be worth seeing if the Pakistan Navy specifies that the corvette design maintain sufficient space for a vertical launch system (VLS), which could be used by a medium-range SAM system.

Interestingly, in June the Pakistan Navy had expressed interest in the Denel Dynamics Umkhonto, though to what extent is not known. The South African SAM system currently possesses a range of 20km (and a maximum altitude reach of 8km). A 25-35km range variant – i.e. Umkhonto-EIR – is under development.

Alternative sources could potentially include Western Europe and China. In the former, the Pakistan Navy could seek the support of MBDA, which has two short-to-medium range SAM systems in its product line – the Aster-15 and Common Anti-Air Modular Missile (CAMM). MBDA Italy and MBDA U.K. would likely be the principal vendors, respectively.

In China, Pakistan could closely monitor the development of the NORINCO DK-10A, which reportedly could have a maximum range of 50km. Alternatively, it could potentially wait for the Hisar-O, which is currently being developed in Turkey by Roketsan. The Turkish route would not be unexpected. While Pakistan may have to wait an additional period of time, it would be a simpler process considering it would only require the input of the Turkish defence industry.

Finalizing the corvette contract would amount to a very eventful year for STM, which has also secured the contract to upgrade the Pakistan Navy’s Agosta 90B submarines. In fact, the company is also anticipating to finalize another big-ticket contract, potentially from an Arab Gulf country. These contracts are not only an opportunity STM, but also other Turkish defence vendors, such as Aselsan, Havelsan and Roketsan.