MILGEM Part 1: Why is Pakistan seeking the Ada-class corvette?
February 18, 2020 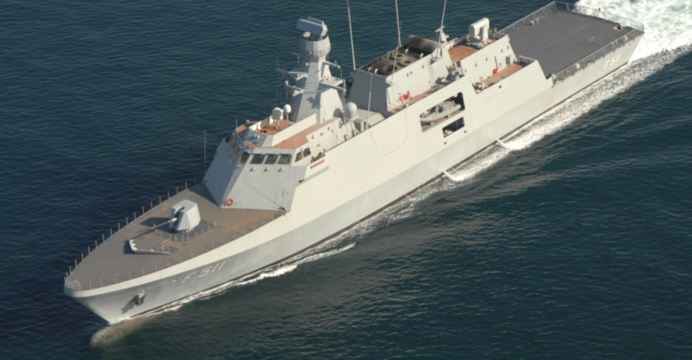 MILGEM Part 1: Why is Pakistan seeking the Ada-class corvette?

Last week, Turkey’s new defence minister, Fikri Işık, visited Pakistan and announced that the Pakistan Navy had requested four Ada-class corvettes from Turkey. Although the process is in its early stages, with Pakistan seeking a $400 million U.S. loan from Turkey in order to help fund the program, but it would be a good idea to understand why the Pakistan Navy is seeking the Ada-class.

“Why is the Pakistan Navy seeking the Ada-class corvette?” This is not a simple question to answer – there are multiple core issues to examine: First, what are the Navy’s needs? Second, how does the Ada-class – and MILGEM generally – fit within those needs? Third, how do the alternatives fare against the MILGEM? Fourth, what does Pakistan gain by taking the MILGEM route over the alternatives?

This article – i.e. part-one – will focus on the first question, the remaining three will be examined in parts two, three and four, respectively.

What are the Pakistan Navy’s needs?

This question was discussed at length on numerous occasions, but to keep it short for this piece, the Navy’s needs essentially focus on the following: First, sufficient littoral defence (discussed in detail here), so as to defend Pakistan’s coasts from enemy strikes, especially against assets of immense strategic value, such as economic hubs. Second, securing the safety of merchant ships travelling along Pakistan’s sea lines of communication or sea-lanes (examined in-depth here). Of course, there is also the topic of Pakistan’s own merchant navy, a maritime arm that should be of great strategic value, but has unfortunately languished relative to Pakistan’s economic needs – we will need to discuss this at a future time. Third, providing an air umbrella for the Navy’s principal strike assets, its attack submarines.

In terms of the littoral defence sphere, one’s threats could emerge from any ‘dimension’ – sea surface, air and underwater. A cruise missile (which could double as an anti-ship missile or AShM) could come from any platform, so – in addition to intercepting those missiles (ideally) – it is a matter of interdicting the presence of enemy platforms close to one’s coasts. In Pakistan’s case, this issue would be addressed using fighter aircraft as well as medium and – hopefully – long-range surface-to-air missile (SAM) systems. One would also use coastal radars capable of detecting air and sea-based threats.

Fast attack crafts (FAC) – typically under 1000 tons in displacement – could credibly protect one’s littoral waters from intruding surface warships. In fact, contemporary FACs are being built with an emphasis on low-observability and detectability on enemy sensors (by reducing infrared, sound/acoustic and radar signatures). When paired with speed and lethality, typically in the form of four or six AShM, these ships can be an affordable method of building up one’s anti-access/area denial (A2/AD) threshold. With the Azmat-class and Zarrar-class (MRTP-33) FACs, Pakistan is well set in this area.

Subsurface threats are a significant threat, but only when they are real. At this stage, it is not clear if India would feel compelled to use its submarines in Pakistan’s littoral waters. For one thing, it already possesses stand-off strike capabilities in the form of long-range cruise missiles – ships, submarines and aircrafts can strike Pakistan from a distance. To be fair, that same rationale could be extended to thwarting aerial and surface threats (discussed above) as well, so let us encompass all of them as something that ought to be deterred.

Anti-submarine warfare (ASW) assets such as maritime patrol aircraft (MPA) and ASW-equipped surface warships are the principal methods through which one would counteract enemy submarines. The Pakistan Navy has P-3C Orion MPAs deployed for this role, which – in war time – could be supported by Zulfiqar-class (F-22P) frigates. An effective ASW suite is typically comprised of heavy and lightweight torpedoes and sonar (for sensing acoustic signatures underwater). Of course, one could also use radar, laser and infrared sensory methods to search for a submarine’s surfaced parts, but when underwater, acoustic (i.e. sound) is the only effective method. The smallest ASW surface platform we can identify is the Saab Visby-class corvette – at 640 tons – in use with the Swedish Navy. Pakistan’s FACs are not equipped for ASW.

The second mission profile, guarding Pakistan’s sea lanes, comprises of two principal duties. In times of peace, it is a matter of patrolling and policing those sea lanes from pirates, smugglers and other criminal entities. An offshore patrol vessel (OPV) can handle these tasks. But in times of war, it is the challenge of preventing one’s enemies from interdicting those sea lanes, thus preventing merchant ships from ferrying trade goods to and from Pakistan. The “presence” of a ship has to actually achieve operational aims – anti-air warfare (AAW), anti-ship warfare (AShW) and ASW. In other words, OPVs will not work. The Navy would need multi-mission warships capable of AAW, AShW and ASW.

In a way, the “presence” at sea connects to the need to protect one’s submarines from aerial and surface threats. Frigates equipped for AAW in the form of sufficiently ranged radars and medium/long-range SAM systems can be a problem for enemy MPAs patrolling an area for nearby submarines. The combined sub-surface and surface presence could be a means to make interdicting sea lanes connecting to Pakistan an arduous task. As stated earlier, there is a discussion to be had about actually having a sufficiently-sized merchant navy as well – this is something that Pakistan will need to address sooner than later.

Part-two, which will be posted on Saturday, will offer an overview of the Ada-class’ design and capabilities, and an insight of what the Navy will likely look for as it configures its ships.