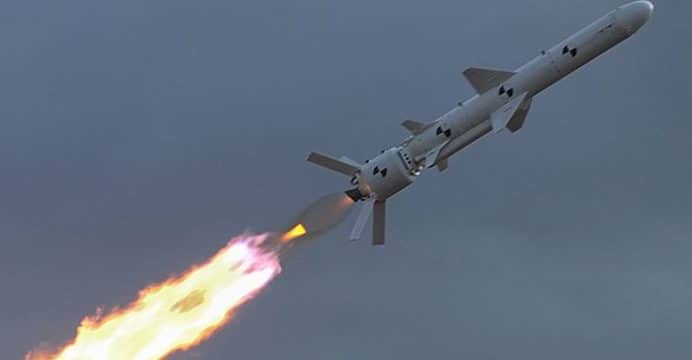 According to UkrOboronProm, the new cruise missile could engage targets on land and at sea.

In his speech in August 2017, Ukrainian President Petro Poroshenko stated that cruise missiles would be among the new systems inducted in the Ukrainian armed forces under the country’s re-armament efforts.

UkrOboronProm states that under the Budapest Memorandum, Ukraine did not keep a single stand-off range missile, making this new system an important addition.

While not disclosing the range or payload of the cruise missile, UkrOboronProm emphasized that its range “does not contradict the international agreements signed by Ukraine [regarding] such weapons.”

Additionally, Dylan Malyasov of the Defence Blog website reports that the new cruise missile is a subsonic system based on the Russian Kh-35. Designated “Neptun” the cruise missile is guided by inertial navigation system (INS) mid-course, with an active-radar-homing seeker managing the terminal stage.

Like its contemporaries, the new cruise missile relies on a rocket-booster for launch, after which it relies on an airbreathing engine which could either be a miniature turbojet or turbofan. Specifications such as range, warhead payload or terminal-stage seeker range are not officially known.

The new cruise missile joins a growing group of new systems meant to feed into Ukraine’s re-armament efforts as well as bolster its defence industry’s viability. Be it through indigenous efforts or partnerships with prospective customers, UkrOboronProm is also undertaking trials for the Antonov An-132D transport and special mission aircraft, 80K6T air surveillance and air defence radar and M4-WAC-47 assault rifle.