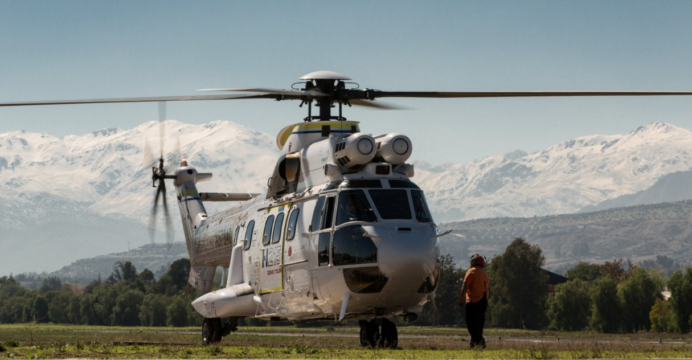 In the wake of a recent crash that resulted in the deaths of 13 people in Norway, Airbus Helicopters’ Chief Executive Officer Guillaume Faury reiterated the company’s commitment to the H215, the revived version of the venerable Super Puma utility and transport helicopter.

Aerospatiale began producing the AS332 Super Puma in 1978 as an enlarged and up-powered iteration of the SA 330 Puma. The platform has since become a staple in the civilian and even military market, being marketed as the AS532 Cougar in the latter. A number of countries, such as Romania, also manufactured the Puma-line under license through the 1980s.

In 2012, Eurocopter – which had absorbed Aerospatiale – began offering the Super Puma as an affordable platform that could readily compete with the Russian Mil Mi-17, which is widely adopted in the developing world, especially in Africa and Asia. With the aim of further reducing costs, Airbus Helicopters (formerly Eurocopter Group) decided to shift the production of the Super Puma – re-designated H215 – to Romania, which had formerly manufactured the Puma until 2004.

At present, the mainstay of the Airbus Helicopters Super Puma’s market has been composed of civilian operators, such as search and rescue (SAR) agencies, firefighting entities, and oil companies in need of aviation assets for use at offshore facilities. This is the market Airbus is engaging with the H215.

Although it was not said explicitly (at least not often), it is apparent that Airbus would like to penetrate the defence market using the H215, especially in the developing world. With a unit-cost of $16 million U.S. (Vertical Magazine offers an excellent overview of the H215’s performance benchmarks and features) and a very long line-up of users, existing parts stocks and decades of operational maturity, glass cockpit and modernized flight system built on a four-directional fly-by-wire system, the H214 is a compelling package, even against the popular Mil Mi-171.

Interestingly, the Pakistan Ministry of Defence Production even expressed interest in Romanian built Puma helicopters (see: Romania and Pakistan eager to strengthen defence ties), almost certainly referring to the H215, the first of which are due to roll off the production line in 2017 (Aviation Week). The Pakistan Army could conceivable replace its existing Puma and other legacy or worn out helicopters with the H215, or at least examine the H215 as a real option.

In essence, the market that Airbus Helicopters is looking at is not one of decisive upgrades, but hardware replenishment and fleet revitalization. For basic utility tasks, e.g. ferrying troops and supplies in friendly territory, one does not need complex – and expensive – platforms. It would be disingenuous to assume that the entirety of the utility helicopter market – even in defence – is comprised of complex systems built upon electronic warfare (EW)/electronic countermeasure (ECM) suites and weapon systems, such as the NH-90. Yes, one’s navy may need a handful of such helicopters, as would a special operations branch, but what about an Army just looking for a platform to ferry its troops and supplies behind friendly lines? The H215 would more than suffice.

In this regard, Airbus may have a circular market at its disposal. Utility helicopters such as the Mi-171 and H215 are heavily utilized, and with several decades of heavy use, would be in need of re-manufacturing. Whether in the civilian sphere or defence sphere, the H215-class helicopter may simply stay indefinitely. Airbus is not the only company to be aware of this reality, Lockheed Martin seems to have taken very similar steps with its equally venerable S-70 Black Hawk line (inherited from Sikorsky).

Just as Airbus transferred the H215’s production line to Romania (albeit directly under its corporate flag), Lockheed Martin/Sikorsky sold a S-70 Black Hawk production line to Turkey, which will manufacture the helicopter and its engine under license as the T-70. Granted, this is not entirely the same thing as Turkey did acquire the T-70 to produce and sell at will (albeit with licenses), whereas Romania is producing the H215 for Airbus, which will market and sell the helicopter.

However, he net-effect is the same. A mature and widely adopted platform is being built in lower cost manufacturing and supply source (i.e. Turkey), and in turn, will be marketed to the ‘basic utility’ base as a competitive alternative to the Mi-171 and H215. With its strong ties with Pakistan and budding relationships with the Gulf Arab, African and East Asian markets, Turkish Aerospace Industries (TAI) is well positioned to compete against Airbus and the H215. Long-term, the H215 and T-70 will offer competition against Russia and its prized Mi-17/171 platform, which some countries (with very old/worn out models) may be looking to replace in the next three to five years.

The T-70 will not be delivered until 2021, but the H215 will begin rolling off the production line in Romania in 2017. Airbus has an opportunity to engage the market and build partnerships with prospective buyers. How Airbus engages with developing world markets (e.g. Pakistan) will be worth watching.