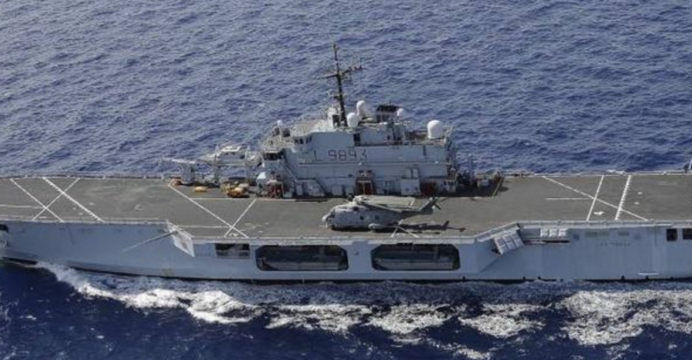 The contract was signed in Rome by Qatar’s Naval Chief of Staff Major General Mohammed Nasser al-Mohannadi and Fincantieri CEO Giuseppe Bono. In the coming weeks, Qatar will also sign a $1.13 billion U.S. deal with Leonardo (formerly known as Finmeccanica) and MBDA to equip and arm the warships, respectively.

Italy’s defence minister was elated about the deal, citing it as Italy’s largest naval export sale to-date. The ships will enter production in Italy from 2018, and the program will be completed by 2024.

According to Defense News, Qatar’s corvettes will be over 100 metres long and maintain a displacement of over 3000 tons. As projected earlier on Quwa, it is increasingly evident that Qatar is equipping itself with a naval platform fully capable of anti-ship (AShW), anti-submarine (ASW) and anti-air warfare (AAW). In fact, the size and weight of the warships being procured exceeded what was initially expected.

The inclusion of the landing platform dock (LPD) – which will be derived from the 9000-ton design sold to Algeria – affirms our earlier conclusion, i.e. Qatar’s naval modernization program is one of both qualitative enhancement and quantitative expansion. The Algerian LPD, Kalaat Beni-Abbes, can accommodate 600 personnel, including 440 soldiers, 15 main battle tanks (or 30 light armoured vehicles), and three medium-weight helicopters on its flight deck.

The LPD will imbue Qatar with an expeditionary element, i.e. a ship capable of ferrying armoured vehicles (including tanks), troops and helicopters to distant operation theatres. This is not a capability that Qatar presently possesses, but once available, and subsequently paired with its new corvettes as well as longer-range fighter arm, Qatar will certainly be capable of taking a lead role in an allied operation. On this point, the next phase will likely involve fostering partnerships with other regional powers as a means to secure overseas bases for the Qatari forces (especially the Qatar Emiri Air Force).