Turkey’s Aselsan to Open an Office in Pakistan
January 20, 2020 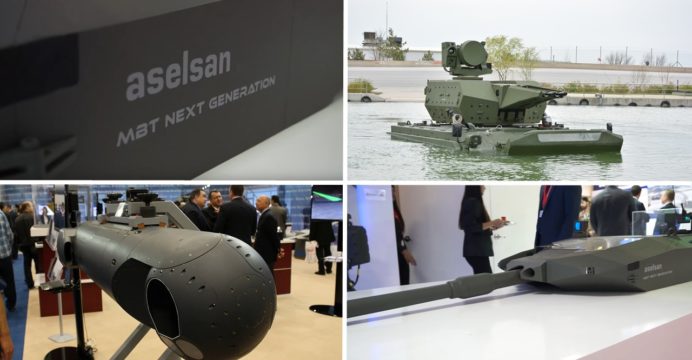 Turkey’s Aselsan to Open an Office in Pakistan

The Daily Sabah reported on 12 December that the Turkish defence electronics manufacturer Aselsan is planning to open an office in Pakistan on 01 January 2020.

The move is part of Aselsan’s efforts to reinforce its marketing activities in Pakistan (and in Ukraine, where the company is also planning to launch an office).

Pakistan is among Aselsan’s leading overseas customers. In November 2019, the company secured a $196 million US deal to supply subsystems for the Pakistan Navy’s (PN) four MILGEM Jinnah-class corvettes or light frigates. It also has a $254.73 million US contract to support Pakistan’s T129 ATAK purchase.

Aselsan joins Leonardo as among the foreign original equipment manufacturers (OEM) to recently launch official offices in Pakistan. For Aselsan, this move is likely a bid to better coordinate its programs with the Pakistani military as well as promote new products across land, sea and air applications.

Besides the MILGEM and T129 ATAK programs, Aselsan is also supplying sub-systems for Pakistan’s three Agosta 90B submarines, which are undergoing an upgrade at Karachi Shipyards & Engineering Works with the support of the main Turkish contractor, Savunma Teknolojileri Mühendislik A.Ş. (STM).

Finally, Aselsan is also reportedly supplying 50 ASELPOD advanced targeting pods to the Pakistan Air Force (PAF) for use on the JF-17 Thunder, one of the PAF’s mainstay multi-role fighter.

In addition to managing current programs, Aselsan is also likely aiming to promote its various solutions to Pakistan as well. It is unclear what Pakistan’s upcoming requirements are at this time, though configuring the forthcoming al-Khalid 2 main battle tank (MBT) could be of interest.

In previous years, Aselsan had also promoted its air defence and artillery solutions to Pakistan. One area worth looking at is whether Aselsan promotes its HAVASOJ electronic warfare (EW) platform to the PAF.

The PAF’s Falcon DA 20-based EW aircraft played an indispensable role in the February 2019 air skirmish with India, enabling Aselsan to position the HAVASOJ as a next-generation EW solution. Aselsan is already configuring the first two of four Bombardier Global 6000 aircraft with the HAVASOJ for Turkey.

Otherwise, promoting subsystems for various serving and forthcoming platforms — such as the JF-17, al-Khalid 2 MBT, medium-altitude long-endurance (MALE) drone – is a likely move.

For More on Turkey’s Defence Sales to Pakistan, Check Out: