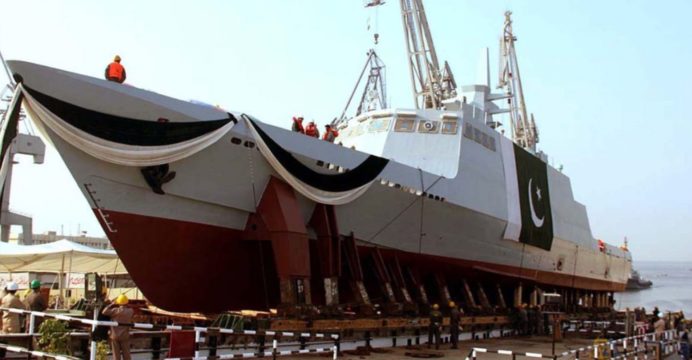 The launch comes after nearly three years of construction, with KSEW cutting FAC(M)-4’s steel in January 2017. In contrast, FAC(M)-3 (PNS Himmat) took 24 months from its steel-cutting ceremony to launch.

Thus, the longer construction period of FAC(M)-4 could be the result of KSEW trying to construct the ship without the main original equipment manufacturer’s (OEM) technical documentation. Likewise, FAC(M)-4 also bears multiple differences in its superstructure compared to the preceding three ships. 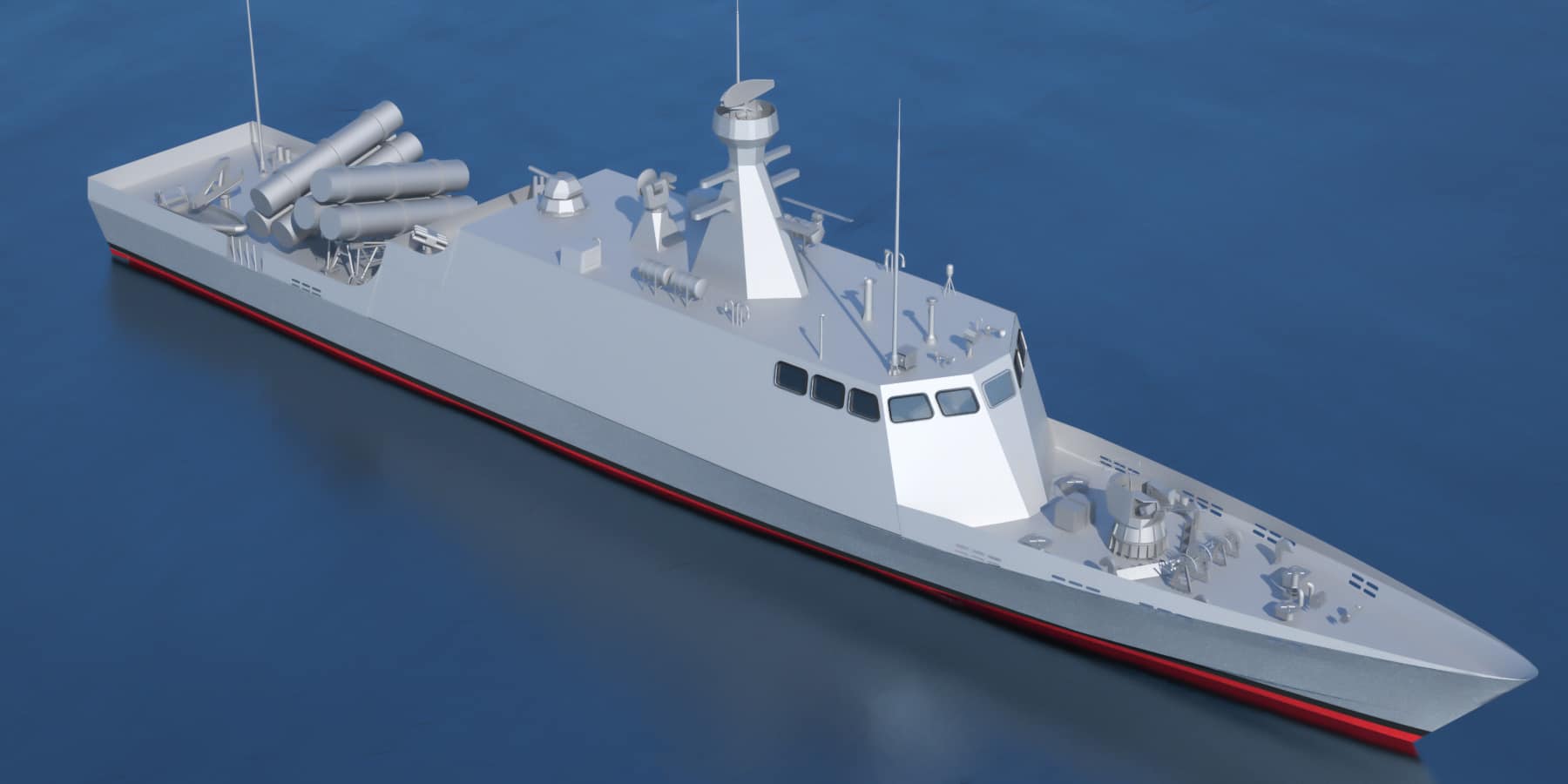 KSEW’s illustration of FAC(M)-4 indicates that the PN will equip it along similar lines as FAC(M)-3, i.e., PNS Himmat, especially in terms of including the Harbah or Improved Harbah anti-ship cruising missile (ASCM).

FAC(M)-4 relies on combined diesel-and-diesel (CODAD) for propulsion. In addition to ASCMs (configured in a dual triple-cell system), the FAC(M)-4 will be equipped with a 25 mm gun, close-in-weapons-system (CIWS), and various sensors, including a surface search and tracking radar.

For More Information on the Pakistan Navy, Check Out:

Pakistan’s efforts at constructing FAC(M)-4 with limited foreign support could be an indication of it looking at further indigenous ship design and shipbuilding efforts. Interestingly, in 2016 the PN reportedly issued a requirement for an additional four to six FACs. It could roll its localization drive with the follow-on order.

However, it would be advisable for the PN to look at evolving its FAC requirements. Though the FAC(M) is equipped with credible anti-ship and land-attack capabilities through the Harbah, other ship designers are incorporating anti-air warfare (AAW) and anti-submarine warfare (ASW) capabilities to their FACs.

For example, Fincantieri is offering its Falaj 2 FAC design (to the United Arab Emirates) with a dual triple-cell vertical launch system (VLS) loaded with MBDA MICA-VL SAMs (which offer a range of 20 km). Though the Falaj 2 adds AAW at the apparent cost of a lighter ASCM load (four missiles), the Falaj 2’s specifications are similar to the FAC(M), e.g., the displacement is 520 tons and length is 55 m.

Equipping FACs with SAMs could position them as short-range air defence (SHORAD) assets at sea, which could help dealing with intrusive drones or low-flying helicopters. It could potentially offer these FACs a measure of defensibility against oncoming ASCMs.

Ultimately, sub-600-ton FACs with complete multi-mission capabilities will become more common in the future. It could serve the PN well to consider those shifts (as it had with when configuring the MILGEM).