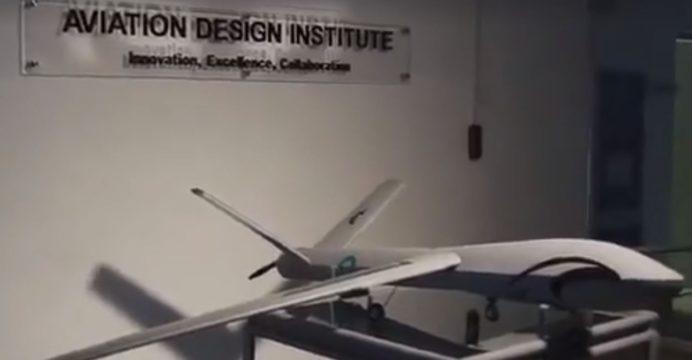 In a promotional video for the breaking-ground event for Air University’s Aerospace and Aviation Campus in Kamra, Pakistan Aeronautical Complex (PAC) revealed design concepts of unmanned aerial vehicle (UAV) designs made by the Aviation Design Institute (AvDI) which may be related to “Project Azm.”

Under Project Azm, AvDI – which is part of PAC – was tasked by the Pakistan Air Force (PAF) to design and develop a medium-altitude long-endurance (MALE) UAV.

While preliminary and tentative, AvDI’s mock-ups broadly mirrored the MALE UAVs being produced in China and Turkey, such as the Wing Loong as well as CH-4 and the Anka, respectively. However, technical specifics such as prospective powerplant, payload, hardpoints and weaponization were not disclosed.

In December 2017, the PAF CAS reportedly stated that the AvDI MALE UAV will materialize in 18 months.

The PAF Chief of Air Staff (CAS) Air Chief Marshal (ACM) Sohail Aman formally announced Project Azm in July 2017 in the inauguration event of the Kamra Aviation City complex, which is envisaged as the home of PAC, AvDI, Air University and other state-owned and potentially private sector aviation companies.

Recently, analysts belonging to the Center for Study of the Drone at Bard College, New York identified a Chengdu Aircraft Industry Group (CAIG) Wing Loong UAV stationed at PAF M.M. Alam in Mianwali by using commercial satellite imagery. It appears that the Wing Loong arrived to Mianwali in late November 2017. 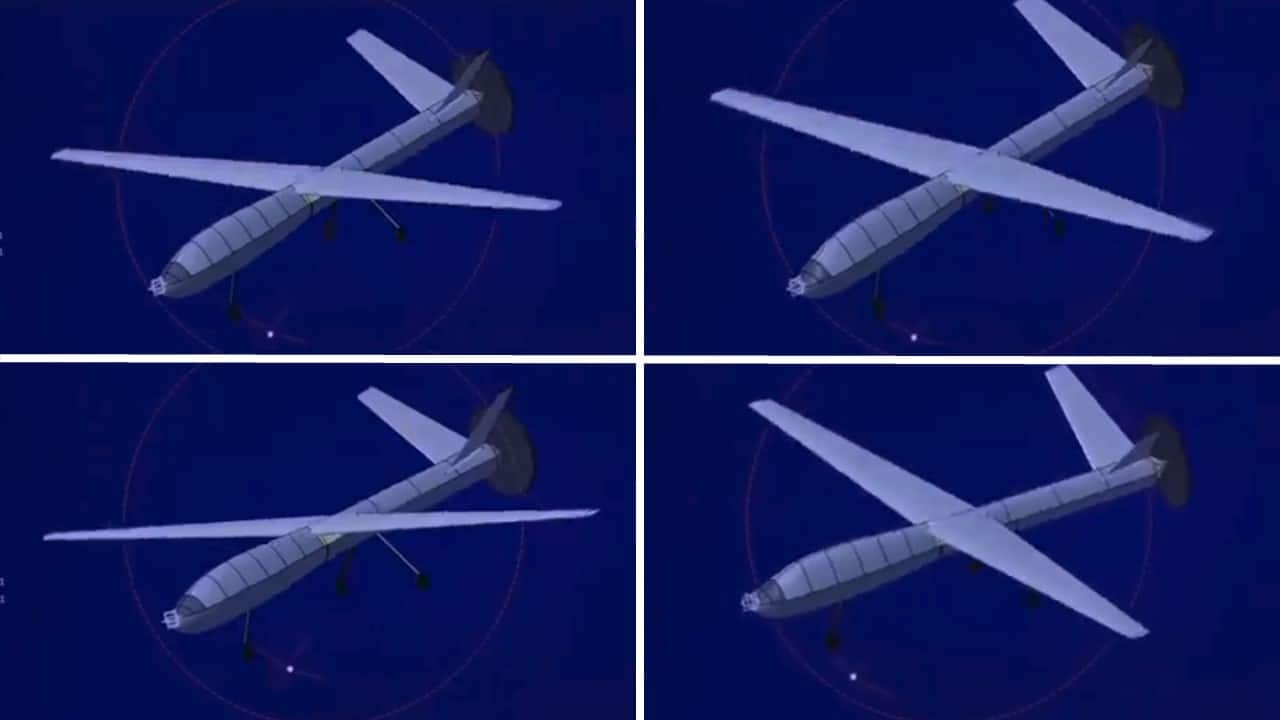 Currently, it appears that Pakistan is continuing its tests of the Wing Loong, having flown it through 2016 under “experimental flights.” CAIG is also test-flying the improved Wing Loong II, which has a payload of 400 kg, top speed of 370 km/h, service ceiling of 30,000 ft and endurance of 32 hours. The Chinese press claim that the Wing Loong II secured its launch export orders before its flight, but it is unknown who has the drones on order, though it is said to be the largest overseas sale of Chinese drones to-date.

The PAF’s UAV attack UAV is the Burraq, produced by the National Engineering and Scientific Commission. It can carry up two laser-guided air-to-ground missiles. Thus far, it appears that the PAF has been using the Burraq for time-sensitive and/or targeted strikes as part of its counterinsurgency (COIN) and counter-terrorism (CT) operations. The PAF has been using the Leonardo Falco and General Industrial & Defence Solutions (GIDS) Shahpar for intelligence, surveillance and reconnaissance (ISR) in its COIN/CT operations.

Pakistan began inducting the Falco in 2009 under a co-production agreement involving PAC and Leonardo. The Falco has a payload of 25 kg available for electro-optical and infrared (EO/IR) turrets. The Falco was later joined by the Shahpar, which has a payload of 50 kg and endurance of seven hours.

The introduction of MALE UAVs – be it the Wing Loong-series or a potentially original design by PAC and AvDI – would provide the PAF with increased attack capabilities and ISR coverages through the use of its drones. It could also spur the introduction of using heavier munitions, such as 100 kg precision-guided bombs, from drones. This would extend the use of these aircraft from time-sensitive strikes and targeted attacks against individuals to close air support (CAS)-level missions in COIN/CT, such as attacking moving vehicles and neutralizing enemy firing positions. In terms of ISR, the PAF can equip these new drones with synthetic aperture radars for real-time image intelligence and use ground-moving target-indication for target acquisition – this information could be provided to other airborne and/or land units via data-link. Pakistan can leverage the endurance of a MALE UAV to sustain a ISR coverage unit for a longer time period.

Video with the above screen-captures and other information regarding the Kamra Aviation City complex: