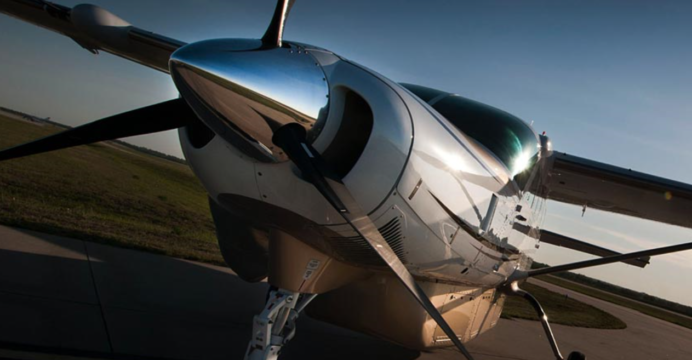 Touted as “the world’s ultimate utility vehicle” by Cessna Aircraft, the 208B Grand Caravan EX is capable of carrying as many as 14 people in its cabin (when in standard configuration). It is designed to operate from ill-prepared runways with the ability to carry a relatively heavy payload. As a singe engine design, the Grand Caravan EX is also marketed as being a cost-effective solution.

Based on the layout presented by Cessna Aircraft, the Grand Caravan EX should be capable of carrying at least two stretchers in its MEDEVAC configuration. With a complete airlift network – i.e. helicopters to extract a critically injured person from the field, and quickly ferry them to an airfield (prepared or rough) – the Grand Caravan EX could be used to great effect in reducing fatalities.

Besides MEDEVAC for military personnel engaged in combat (such as those engaged in the Federally Administered Tribal Areas and Northern Areas), the Grand Caravan EX could also be utilized to strengthen Pakistan’s domestic humanitarian relief capacity. Having absorbed the infrastructure to operate this type, it will be interesting to see if Pakistan picks up general cargo and potentially even intelligence, surveillance, and reconnaissance (ISR) versions of the Grand Caravan EX.

The Grand Caravan EX’s take-off and landing distance is 658 metres and 560 metres, respectively. This makes this particular type incapable of short take-off and landing (STOL – which requires that an aircraft take-off and land within 450 metres). It will depend on which airstrips Pakistan plans to operate these aircraft from, it is likely that sufficiently able airstrips are available near what the Army and Air Force believe to be current combat and/or potential disaster zones.

Pakistan will also bank on the Cessna T206H Stationair, of which Pakistan will procure four. Granted, these are much smaller, capable of carrying a maximum of six individuals in standard configuration.

Unfortunately, the Stationair’s take-off distance is still a bit long (at 530 metres), but its landing distance is well within 450 metres. Although Cessna does not provide specifics into how MEDEVAC would work with the aircraft, it is likely that the Stationair could at least take on one stretcher. Like the Grand Caravan EX, it seems the Stationair can be configured for different mission roles, including ISR.

It has not been mentioned in the FMS contract, but it would be interesting if Pakistan one day opts for the amphibian variant of the Grand Caravan EX. The amphibian configuration would enable the aircraft to take-off and land on water, which could be interesting along Pakistan’s rivers and lakes, especially in the Northern Areas. Alternatively, the Stationair search and rescue configuration could be another option.