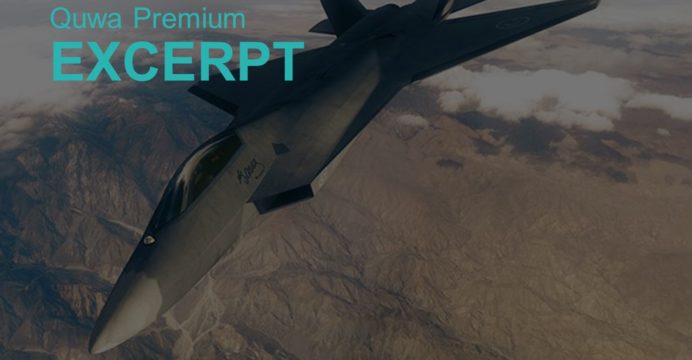 On the lead-up to the 2016 International Defence Exhibition and Seminar (IDEAS), then Secretary of the MoDP, Lt. General (retired) Syed Muhammad Owais, said the following:

“Importantly, joint collaboration on 5th generation fighter aircraft, commonly known as Turkish Fighter Development [TF-X] Program, will be a true flagship project between Pakistan and Turkey. Currently, the details and scope of collaboration and participation is being worked between the two governments for jointly undertaking this strategic project, which would further open new vistas of mutual cooperation of defence industries of the two countries.”[1]

During IDEAS 2016, Özcan Ertem, then Executive Vice President of TAI’s Aircraft Group, told MSI Turkish Defence Review that both sides were talking on the issue.

In an interview with Bol Narratives, Air Chief Marshal (ACM) Sohail Aman, the prior Chief of Air Staff (CAS) of the Pakistan Air Force (PAF), spoke of collaborating with Turkey (twice):

During the 2017 International Defence Industry Fair (IDEF), aviation journalist and a leading source of PAF information, Alan Warnes had tweeted, “No [Pakistan] agreement with TAI on TF-X, but sometime in near future it’s likely to figure in PAF’s new generation fighter aircraft requirement.”

Thus, it is evident that the PAF is following the TF-X with a measure of interest, and a recent statement of Pakistan Aeronautical Complex (PAC) Kamra’s Chairman, Air Marshal Ahmer Shahzad (via Alan Warnes) – i.e., “Turkey’s T-FX is in line with what the PAF want” – during IDEF 2019 is a direct and official statement.

However, the importance of this apparent interest in unclear. In fact, the PAF commissioned its own NGF under its Project Azm initiative. If anything, this news of the PAF showing interest in the TF-X could mean one of two potential outcomes: (1) the PAF is seeking a complementary NGF to accompany Project Azm or (2) Project Azm could blend into a collaborative foreign project. In some areas, such as electronics, air-to-air and air-to-surface munitions, and/or the turbofan platform, it could be a combination of both.