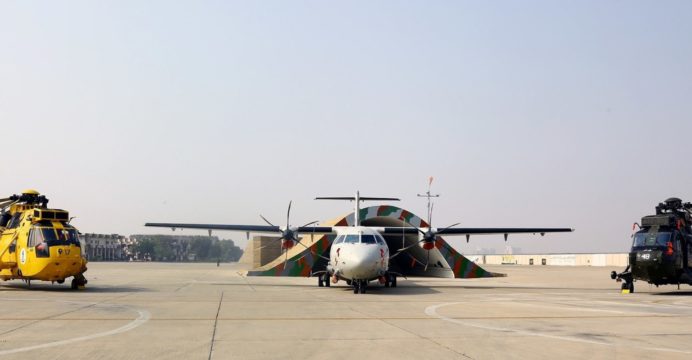 The HAR3A was configured for search-and-rescue (SAR) operations and, as such, the PN has had it painted in bright yellow. The HC4 will serve as a troop carrier.

These are tied together by the Aerodata AG AeroMission mission management system. The AeroMission can display feeds from each of the ATR-72’s sensors, such as the Leonardo 7300E AESA radar.It even has a sensor fusion algorithm, providing the onboard crew with comprehensive situational awareness.

The ATR-72 MPA can also deploy lightweight anti-submarine warfare (ASW) torpedoes, though it does not appear to have a magnetic anomaly detector (MAD). That said, the PN did announce plans for a new MPA to supplantits Lockheed Martin P-3C Orion fleet.

On 11 December, the PN oversaw the launch of a new 3,000-ton survey vessel. Built in China’s Yang Zong, the new survey ship will undergo trials. According to the PN’s media release, the new survey ship, which is due to join August 2019, will “strengthen Pakistan’s marine scientific research capability while providing flexibility to carry out underwater search and localization operations.”