Pakistan will set-up a Satellite Development and Production Facility
January 22, 2020 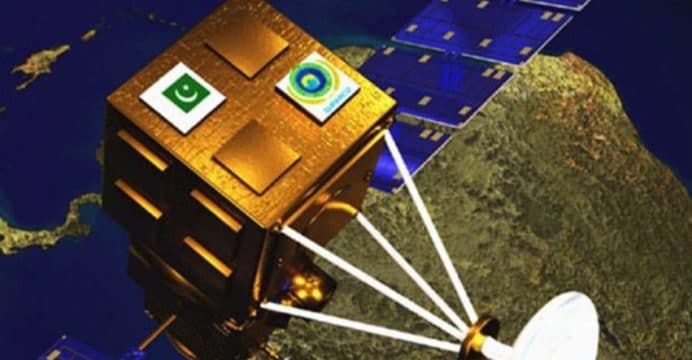 Pakistan will set-up a Satellite Development and Production Facility

On 14 May 2018, the Government of Pakistan announced that it will establish the Pakistan Space Centre (PSC) to spearhead the domestic development and manufacturing of satellites.

According to a report by Pakistan’s state-owned Associated Press of Pakistan (APP), the PSC will undertake its programs “in accordance with international space standards” in the coming years.

Second, the Pakistan Navigation Satellite System (PakNav), which will provide Pakistan with “independent satellite navigation for both civilian and strategic purposes”.

The formation of the PSC would indicate that Pakistan’s space development program is in full-swing. The slated outcomes now comprise of the following major programs:

First, the launch of PRSS-1. The PRSS-1 was initially scheduled for launch (by China) in March 2018, but this has evidently been delayed. However, Pakistan is still committed to a launch in 2018.

Originally, Pakistan’s Space & Upper Atmosphere Research Commission (SUPARCO) had intended for the PRSS-1 to launch as two satellites, one with an electro-optical (EO) suite and another with a synthetic aperture radar (SAR). It is unclear if this is the plan with PRSS-1 today, but it if the SAR is not included with the PRSS-1, then it is plausible that it will be carried by the PRSS-2. However, should the PRSS-1 launch a low-earth orbit (LEO) SAR unit, it is worth noting that CGWIC’s Gaofen-3 imaging satellite’s SAR provides a resolute of 1 m. The PRSS-2’s intended resolution would be more precise at sub-1 m. For benchmarking, note that the Airbus Defence & Space (Airbus DS) TerraSAR-X has a resolution of 0.25m.

Third, the PRSS-2. It is unclear if the PRSS-2 is intended to replace the PRSS-1 (which is to have a shelf-life of five years) or to complement it. In 2012, then Chairman of SUPARCO – Maj. Gen. (retired) Ahmed Bilal had outlined that under “Space Vision 2040” Pakistan should launch “different types of remote sensing satellites … in the next seven-eight years.” Naturally, the limited lifecycles of the PRSS would necessitate a continual replacement program. But this will become costly in the long-term. Forming of PSC is a pivotal move for saving foreign-currency use and channelling space spending to the domestic economy.

However, success is contingent on the ability to leverage indigenous outcomes – i.e. human resources, materials, propulsions, power-generating and conservation and others – to generate genuine cost-savings and space development progress. Generally, a single entity (e.g. PSC) would not manage every input for a satellite; rather, genuine satellite development and manufacturing is a cumulative effort involving several entities which have the basis to excel in specific areas, such as power/electricity, electronics and materials.

The seriousness of Pakistan’s space development intentions would require an earnest look at whether the means to produce a satellite’s inputs are being raised domestically. Naturally, it should involve Pakistan Aeronautical Complex (PAC) and the National Engineering and Scientific Commission (NESCOM). One can look at Turkey as an analogous example: For the TÜRKSAT-6A, Turkish Aerospace Industries (TAI) is leading the structural work, harness, thermal control, chemical propulsion and mechanical ground support work.

It would be odd if Pakistan, with its limited resources, does not leverage existing capacities at PAC and/or NESCOM to indigenously develop and manufacture the inputs. Ultimately, the PSC should be a satellite’s final step (i.e. assembly, integration and testing) before being sent for launch.

Finally, the specifics of the PakNav satellite navigation (SATNAV) system are not yet known. Apparently, it would seem like an independent SATNAV program involving location satellites owned by Pakistan. Today, Pakistan’s SATNAV element is provided by GPS and China’s BeiDou. However, given the overt mention of ‘strategic use’ it would appear that the PakNav will be an independent satellite network; it is the only way for Pakistan to absolutely guarantee precision-targeting capability for its stand-off range weapons.