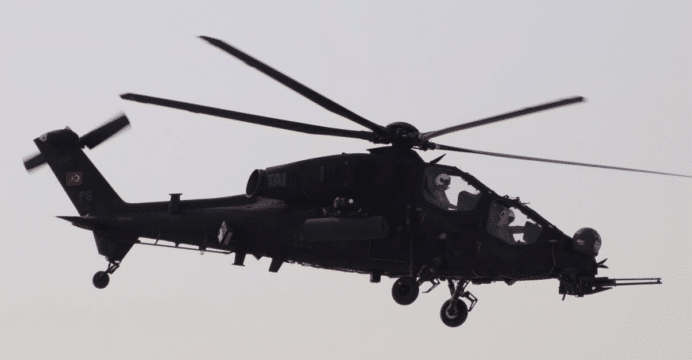 Duterte announced that he “will ask military officials to go to different places to negotiate [for the attack helicopters] immediately.” If there are fiscal gaps, Manilla will consider a soft-loan.

In terms of new armament acquisitions, many of the Philippines’ purchases have thus far come from South Korea. Since 2014, Manilla has ordered Korea Aerospace Industries (KAI) FA-50 Golden Eagle lightweight fighters and Hyundai Heavy Industries (HHI) frigates. The Duterte government has articulated a policy of maintaining diverse defence suppliers, which could possibly include vendors from China and Russia.

However, Manilla will have to approach other sellers for attack helicopters, which may open opportunities for China, Russia, India and Turkey. In fact, earlier in November, Turkish Aerospace Industries (TAI) made a concerted push to market the T129 ATAK attack helicopter along with the Anka unmanned aerial vehicle (UAV) and Hürkuş-C COIN aircraft to the Southeast Asian market. TAI General Manager Temel Kotil said that the company had engaged with regional officials, including those from the Philippines.

It should be noted that the T129 is powered by the same turboshaft engine platform – i.e. LHTEC CTS800 – as the AW159 Wildcat anti-submarine warfare helicopter, which Manilla has on order from Leonardo. This presents the Philippines with the space to streamline its aircraft maintenance infrastructure.

On the other hand, the relative dearth of prospective suppliers of tested attack helicopters could enable China to push for its Z-10 and/or Z-19 platforms. The Z-10 and Z-19 benefit from considerable domestic scale in the People’s Liberation Army (PLA), thus scaling the development overhead that had gone into these aircraft, reducing unit costs and assuring continued development. Moreover, Beijing is in a position to back its defence hardware with credit or financing programs.