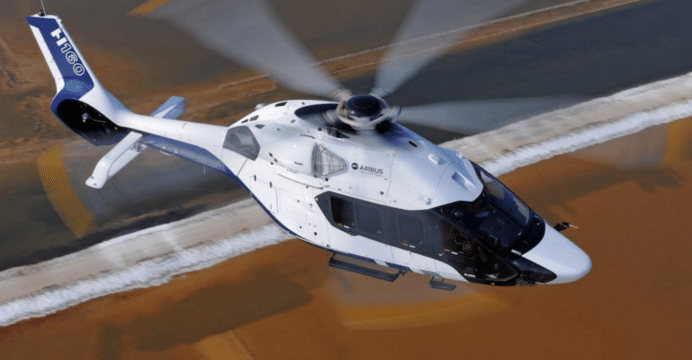 The French government selected Airbus’ H160 to serve as the baseline platform for the Hélicoptère Interarmées Léger (HIL) program, which will replace legacy Panther, Dauphin, Alouette III, and Gazelle lightweight utility helicopters in the French Army, Navy and Air Force.

France’s Minister of Defence Jean-Yves Le Drian announced the HIL’s selection during his visit to Airbus Helicopters’ manufacturing and facility site in Marignane, in Southern France.

The Airbus Helicopters H160 – formerly designated X4 – is a twin-engine utility helicopter with a maximum take-off weight (MTOW) of 6,000 kg. The H160 has a maximum payload capacity of 1,100 kg and is capable of carrying up to 12 passengers. It can fly to a top speed of 296 km/h.

Airbus designed the H160 as primarily a civilian utility helicopter, though it had alluded to the possibility of developing a military variant in the future.

A significant aspect of the HIL program is that France will be replacing several different helicopter models with a single standard platform – the H160. Besides generating scale-at-launch, the HIL should simplify the logistics and maintenance channel for the French military over the long-term.

Since the French Navy will also procure the H160, it is certain that the platform will be configured for anti-ship warfare (AShW) and anti-submarine warfare (ASW) capabilities. This would provide Airbus Helicopters with a direct competitor to the Leonardo AW159 ASW helicopter. With France’s scale, an ASW capable H160 could be an attractive package for export.