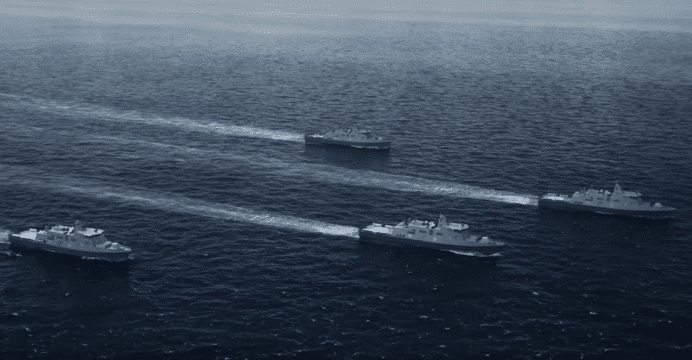 The Hamina-class FAC is already equipped for anti-ship warfare (AShW) and anti-air warfare (AAW) through four Saab RBS-15 Mk2 and Umkhonto Infrared (IR), respectively. Each Hamina FAC is also armed with a Bofors 57 mm main gun and two 12.7 mm machine guns. The added ASW element will come through a lightweight torpedo akin to the Mk. 46, MU90 Impact, Saab Tp 47 and others.

The Hamina FACs were ordered in December 1996. Finland built and commissioned its four vessels by June 2006. The Hamina FAC has a waterline length of 44.3 metres, breadth of 8.3 metres, and draft of 1.7 metres. While equipped for AShW, AAW, and even limited ASW via rockets and depth charges, the Hamina FAC has a displacement of 250 tons, which is markedly lower than most corvettes and some FACs.

The Hamina was designed from the onset to be difficult to detect. Its low radar cross-section (RCS) hull design is composed of composite materials. In fact, the Hamina FAC’s mobility is provided through water jets, instead of propellers (thus potentially contributing to a lower acoustic signature). The Hamina FAC has a top speed of 30 knots (55.56 km/h) and range of 500 nautical miles (i.e. 926 km).

The provision of ASW torpedoes will position the Hamina FAC as a multi-mission system. This is a major shift considering the Hamina FAC has a low displacement of 250 tons. Low acquisition costs could inform naval acquisitions in the near future, especially in cost-sensitive and developing countries. ASW and short-range AAW can strengthen a country’s anti-access and area-denial (A2/AD) efforts, providing defensibility against submarines, cruise missiles, and potentially even low-flying aircraft (particularly drones).