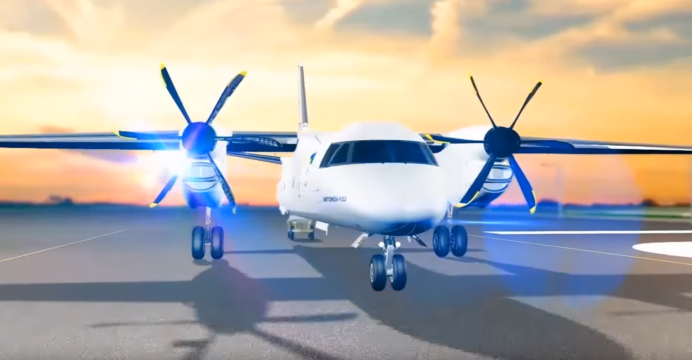 Proposed as a replacement to ageing transport platforms such as the An-32, the An-132 was built with zero technology and subsystems input from Russia.

Pratt & Whitney Canada (P&WC) was selected to power the An-132 through its PW150 turboprop engine.

The Ukraine Today reports that the An-132 is expected to roll out of its hangar for tests in December.

In 2015, Antonov signed a co-production agreement with Saudi Arabia’s Taqnia Aeronautics Company and the King Abdulaziz City for Science and Technology to produce An-132s in Saudi Arabia.

The Saudi armed forces are expected to procure a minimum of six An-132s, four of which would be configured for search-and-rescue operations and two for electronic warfare (EW) operations (IHS Jane’s).

The An-132 is derived from the An-32, but with the inclusion of the PW150, which is marketed as an efficient and cost-sensitive powerplant, Antonov is aiming to position the vastly upgraded Cline as a strong alternative to modern light transport industry incumbents, such as the Airbus Defence and Space C-295.

With the An-178 and An-132, Antonov is beginning to complete its tactical/short-range product portfolio. In tandem with completing the development of these aircraft and bringing them to production, Antonov could also potentially consider marketing specific mission variants of these aircraft.

For example, Saudi Arabia is expected to procure An-132s configured for search-and-rescue (SAR) and EW, but Antonov could take a page from Airbus Defence and Space and expand this further to maritime and/or intelligence, surveillance, and reconnaissance operations.