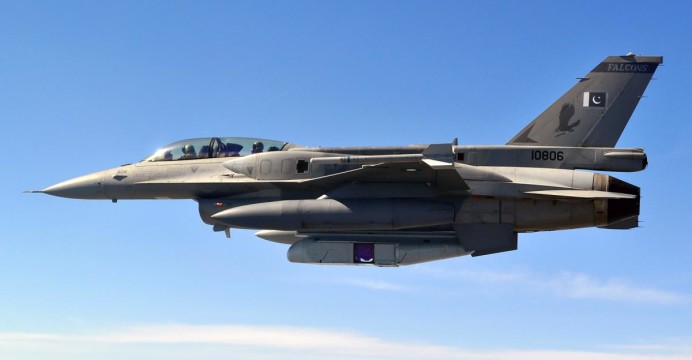 Dawn News was able to get in touch with a number of Washington-based analysts who believed that the U.S. government will continue pushing for subsidy support for Pakistan’s F-16 purchase.

In particular, the White House was adverse of Congress’ recommendation of conditioning the provision of military aid to Pakistan – with further focus on the so-called Haqqani Network being central.

On a number of occasions, the Pakistani government expressed its discontent with Congress’ decision, citing that it would pursue alternatives should Foreign Military Financing (FMF) support not be available.

According to Dawn, these analysts believe FMF support will be approved by July.

Last week, we argued that the current F-16 deal was not dead. Although a miniscule deal on the surface (i.e. for eight aircraft with aging radar and avionics), the F-16 is a pivotal U.S. foreign policy tool in securing and maintaining its interests in Pakistan.

In fact, the White House even issued a statement in response to Congress’ calls for adding sharper strings to the military aid provided to Pakistan – Congress’ demands would “unnecessarily complicate progress” in ties between the two countries.

As discussed before, there are positives and negatives to acquiring new F-16s, especially if FMF is involved. On the one hand, the Pakistan Air Force (PAF) has the infrastructure to readily embrace new fighters, thus additional maintenance and training costs would be minimal. It is also a mature platform. On the other hand, the PAF cannot equip and upgrade the F-16s according to its will, not without U.S. approval.