Keep an eye on the Airbus Zephyr UAV/Quasi-Satellite
February 18, 2020 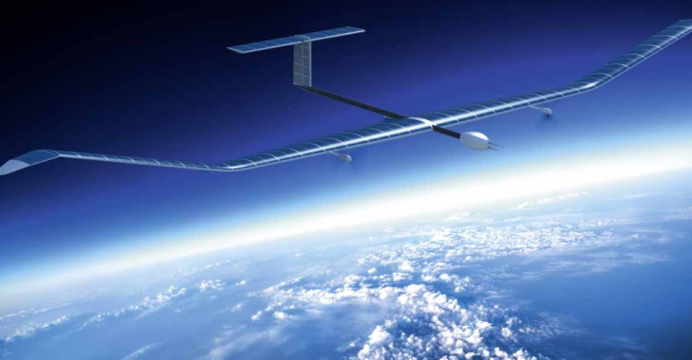 Keep an eye on the Airbus Zephyr UAV/Quasi-Satellite

The Zephyr high-altitude long-endurance (HALE) unmanned aerial vehicle (UAV) is an interesting program. Originally developed by QinetiQ, a defence vendor from Britain, the Zephyr is capable of flying at 65,000 feet for months at a time. It is for this reason that Airbus (which had acquired the Zephyr program from QinetiQ) is seeking to position the Zephyr as a satellite-like system capable of supporting a military’s communications as well as intelligence, reconnaissance and surveillance (ISR) needs in lieu of fixed orbital assets.

The Zephyr “High Altitude Pseudo-Satellite” (HAPS) is being tailored to carry various communications and ISR equipment, such as narrowband radios, electro-optical and infrared (EO/IR) equipment, etc. In turn, the HAPS could fly with its onboard equipment for up to 14 days. The Zephyr will utilize solar energy as a means to power the aircraft, though it is not clear if its panels will also power its onboard equipment. Airbus is aiming to develop future Zephyr variants capable of flying of up to 70,000 feet.

The HAPS is an interesting concept. Most countries do not have readily available access to satellite based communication (SATCOM) and orbital or even high-altitude ISR. In fact, even major powers may not have access to military-grade SATCOM and satellite navigation (SATNAV) assets outside of their native regions.

The HAPS would enable these powers to bring a significant extent of their network-centric warfare capacity to very distant operational theatres, e.g. a South Asian power engaged in peacekeeping in Africa. The HAPS could also serve as a fallback in case one’s satellite assets fail. Others, such as Nigeria, can build relatively credible communications and ISR coverage over their territories and immediate surroundings (albeit not with the HAPS specifically, but a HAPS-like system).

Of course, these systems would be vulnerable to long-range surface-to-air missiles (SAM), but to be fair, long-range SAMs are not very common beyond of the world’s leading military powers. In a number of today’s scenarios, such as counterinsurgency (COIN), long-range SAM coverage would be an irrelevant concern, and as such, make the Zephyr a very attractive long-endurance ISR asset. Imagine the ability to monitor an area non-stop with live video footage for days if not weeks on end.

Airbus is aiming to see in-roads for the HAPS in the 2020s and 2030s. Besides the defence market, the HAPS will be positioned for civilian uses as well, such as remote sensing (among other tasks). Future variants of the Zephyr will be equipped with radars (likely synthetic aperture radar for ground surveillance) as well as electronic support measures (ESM) and electronic intelligence (ELINT) equipment.