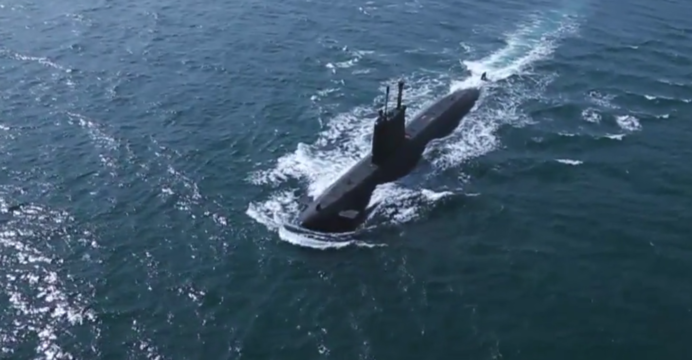 Yesterday, we took a look at the impact the Indian Navy’s first nuclear-powered ballistic submarine (SSBN) – the INS Arihant – would have on the strategic dynamics of South Asia. Besides briefly overviewing the Arihant’s capabilities and the advantages it confers to India, we also tried to determine if Pakistan requires an SSBN or even nuclear-powered attack submarine (SSN) of its own. We offered an understanding of why SSN/SSBN are sought by other navies, their benefits, and their limitations, especially in the tactical sense given the heavy concentration of anti-submarine warfare (ASW) assets in South Asia. Before continuing onto this piece, it would be worthwhile to give the previous article a quick read, especially since it offers valuable context in terms of the question: “does Pakistan have a strategic need for SSBNs?”

Pakistan’s pursuit of assured nuclear second strike capability from land, air and sea has been a cornerstone strategic policy. While its land-based strike forces are expansive (via ballistic missiles of varying ranges of up to 2750km), its air and sea-based deterrence capabilities are only beginning to form in earnest. The availability of lightweight plutonium warheads has made it possible for the Pakistan Air Force and Pakistan Navy to deliver a nuclear strike using cruise missiles, which in turn can be delivered using aircraft as well as conventional attack submarines. For example, it is believed that the Pakistan Navy’s next-generation air-independent propulsion (AIP) powered submarines (SSP) being acquired from China will be configured to deliver a submarine-launch version of the Babur.

While SSPs with nuclear-tipped Babur SLCMs (short for submarine-launched cruise missiles) will give Pakistan assured second strike capability, that capability is limited in terms of range. Yes, Pakistan’s land-based ballistic missiles can reach any part of India, but the Babur SLCM cannot. Its range is limited to 700km. That is a problem, but does it mean that SSBNs are the solution?

If Pakistan could somehow muster several billion dollars for perhaps a couple of SSN or SSBN, then why would it not be able to put such money towards longer range SLCM instead? In fact, such a route would be much cheaper (and more attainable) than an incredibly complex system built upon many complex parts (i.e. SSN/SSBN). Granted, the launch tubes in the new Chinese SSPs would have need to be tailored for such a cruise missile, but this is not an insurmountable task.

It is advisable – if not likely – that Pakistan take the route of seriously investing in its cruise missiles. More capable and longer range missiles are scalable, they can be of use to Pakistan’s land-based and aerial delivery assets (maybe even frigates one day). Moreover, such missiles will be a necessity irrespective of platform, even an SSN or SSBN would need them in order to actually be a strategic threat. If Pakistan’s strategic interests do not sit in very distant lands, then why would it need SSNs and SSBNs? It just needs longer-range cruise missiles.

Another factor to consider is Pakistan’s capacity to actually produce an SSN or SSBN. Whatever opinion one has about Pakistan’s abilities, at the end of the day, it will need foreign help. To be put it bluntly, there is not enough internal investment in research and development (R&D) or advanced industry (e.g. safe and effective miniature reactors, shipbuilding materials, propulsion, etc) to allow Pakistan to roll out an SSBN. In fact, even India’s Arihant is the culmination of over 30 years of consistent work, a result acquired from a build-up of extensive investment, trial and error, learning, and proactive leadership. In the best case scenario, it would take Pakistan several decades to come up with a fully capable SSBN; but we are not in the best case scenario, and Pakistan will need help. Is that help forthcoming?

In comparison to the U.S., China has only begun to make serious inroads in its own SSN and SSBN work, but there is considerable work left to do, especially in areas such as noise-reduction. That said, it also has to be understood that SSN/SSBN technology is a crown jewel, and powers – including China – are rarely ever ready to part with their crown jewels. As a general point, it would be erroneous to suggest that China would be willing to sell anything and everything to Pakistan, especially on flexible payment terms, which is indicative of Pakistan’s relatively weak economic ability.

However, on the other hand, making an SSN or SSBN available to Pakistan could offer China some strategic benefits. For example, one could argue that such a factor in South Asia would require India to allocate a higher proportion of its naval assets towards Pakistan, thereby reducing the pressure being applied onto China in the Pacific Ocean. But then it needs to be asked, would China need an SSBN in order to pull this off? Why give Pakistan one or two SSBN when it can equip Pakistan with many more SSP and even multi-mission frigates? One could argue that a generally stronger naval presence on Pakistan’s end – one that does not require SSBNs – could induce additional pressure on India.

We can conclude from the above that (1) Pakistan requires a stronger naval presence, (2) it needs longer range cruise missiles, and (3) its ability to acquire an SSN or SSBN is limited. Furthermore, what is the point of an SSBN when there are no plans for long-range engagement? Where is Pakistan going to fight? Its main engagement theatre is the Arabian Sea, and that area can quickly become crowded with a whole host of friendly and enemy submarines, surface warships, and aircraft – i.e. a dense ASW presence. As opposed to offering a lot of added value, an SSBN could just become a vulnerable target.

With the above in mind, one should not conclude that Pakistan will not work on enhancing its strategic capabilities at sea. It is possible that an effort is underway to bring not only longer range cruise missiles to sea, but potentially even ballistic missiles. However, this does not need to depend on SSBNs, rather, it could emerge in the form of bigger conventionally powered AIP submarines.

For example, consider the Chinese Type 032. Although an experimental design meant for fine-tuning new submarine applications for the People’s Liberation Army Navy (PLAN), the 6600-ton Type 032 Qing-class is a large AIP-based conventional attack submarine. It boasts vertical launch systems (VLS) capable of launching cruise missiles, anti-ship missiles, and even ballistic missiles. While the Type 032 will probably not enter production, it is a testament to what is attainable in conventional attack submarine design.

If necessary, Pakistan could possibly seek a large AIP-submarine, one capable of launching submarine-launched ballistic missiles (SLBM). Granted, work would have to be done in terms of designing a hull that is fast and capable (the Type 032 is on the slower side), but this (alongside an investment in SLBM as well as longer range SLCM) could be a more realistic route. In fact, it may even be ideal. Yes, it would not have the same range as a SSN or SSBN, but why would that be a concern for Pakistan if it is not planning to engage in very distant waters? A large conventional submarine would be cheaper, quieter, utilize mature AIP engines, and still provide Pakistan a sound sea-based deterrence.