Analysis: Pakistan Should Get a Light Anti-Ship/Cruise Missile
February 17, 2020 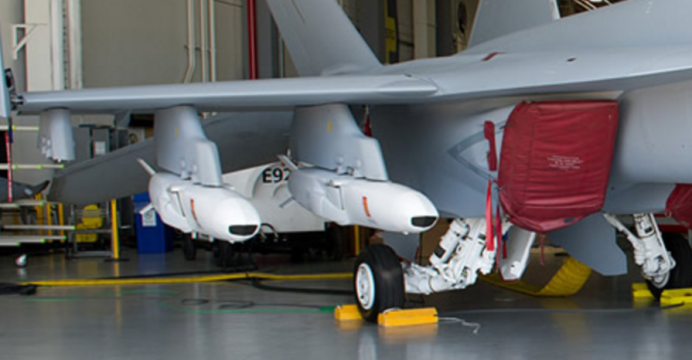 Analysis: Pakistan Should Get a Light Anti-Ship/Cruise Missile

The inclusion of the C-802A anti-ship missile (AShM) and Ra’ad air-launched cruise missile (ALCM) has given the JF-17 Thunder credible air-to-surface strike capabilities, especially at stand-off range (i.e. outside of the range of an enemy’s defensive or return-fire). However, while these missiles offer key benefits in certain respects, the Pakistan Air Force (PAF) could gain from the added inclusion of a lighter ALCM that could double as an AShM, especially from a tactical standpoint.

There is nothing inherently wrong with either missile, especially when takes into account their respective design aims: The C-802A is a capable and versatile AShM that could be deployed from various launch platforms, such as aircraft, surface ships, and launchers on land. It has a range of 180km. The Ra’ad ALCM is a long-range (350km) munition capable of carrying either a conventional high explosive warhead or miniaturized nuclear warhead, and thus, is a core piece of the PAF’s offensive strategy.

However, the C-802A and Ra’ad are heavyweight missiles. While the JF-17 can deploy them, the fighter’s stand-off strike potential may be better realized through the provision of a lightweight cruise missile. For one thing, such a missile could be developed from the ground-up to be used by the JF-17, which in turn could potentially carry at least two (if not more) on its external hardpoints. A good example of this approach is the Naval Strike Missile being developed by the Norwegian company Kongsberg.

The Kongsberg Naval Strike Missile (NSM) is a new-generation anti-ship capable cruise missile capable of reaching a range in-excess of 200km. In addition to being lightweight (407kg versus the C-802A’s 715kg), the NSM has a low observable (LO) and composite-heavy design, which is coupled with a 125kg high-explosive (HE) fragmentation warhead. The NSM is also the basis for the longer range (280km) Joint Strike Missile (JSM), which will be used on the F-35 Lightning II.

While the value may not be recognizable at first, a lightweight design can enable the PAF to use the JF-17 in the stand-off strike profile more flexibly. For example, a single fighter could carry a higher number of these new ALCMs than it could Ra’ad and C-802, which would enable a single fighter to engage a wider set of targets. In turn, this will enable the PAF to draw more utility from a single sortie. If looked at another way, this single missile design could fulfill the JF-17’s tactical stand-off strike needs over land and at sea.

Pakistan does not need to emulate the entirety of the NSM or JSM programs (such as compatibility for vertical-launch), but key aspects, such as the missile’s weight, range, warhead capacity and low observable design ought to be considered. The necessary capacity to develop an NSM-like system (with emphasis on the weight) are available from numerous vendors, most notably China and South Africa. Cost may be a obstacle, but a narrow focus on being an air-launched missile could mitigate that risk. It will also afford flexibility in the design, especially from the angle of being low observable.

Domestic utility aside, an earlier article on Quwa even noted that such a missile (especially if produced and marketed by Pakistan) could even bolster the JF-17’s market prospects. Pakistan Aeronautical Complex (PAC) would basically have an exportable cruise missile design (for targets on land and at sea). The relatively light warhead and limited range (<200km) would keep the missile well within the range of international trade and compliance laws. It would also be entirely separate from the Ra’ad program, which has strategic value specific to Pakistan. An emphasis on exportability may also entice a potential design and development partner to assist with funding.

It should be noted that this idea is not indispensable to the JF-17 program’s long-term success. The fighter is already equipped with anti-ship capability. However, a lightweight anti-ship cruise missile offers specific advantages, especially in terms of the JF-17’s limited payload capacity. Moreover, the cruise missile could even be integrated onto other platforms, such as helicopters, maritime patrol aircraft and even surface ships. While not a necessity, it is definitely worth considering, if not in terms of the JF-17, then perhaps in terms of gradually decreasing dependence on imports.