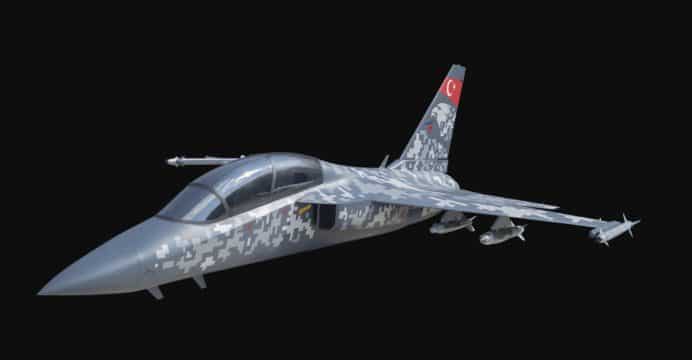 Kotil highlighted that Turkey’s forthcoming aviation efforts are large programs, so partners to support in development and production are a necessity.

In terms of Malaysia, Kotil highlighted the country’s expertise in composite production as a positive, and is hopeful that Kuala Lumpur would positively respond to the company’s offer. “We made them a proposal and they showed great interest,” Kotil said (via Daily Sabah).

According to the Daily Sabah, Turkey is hoping to manage the TF-X next-generation fighter program as a multi-lateral project, similar to the F-35 Lightning II/Joint Strike Fighter (JSF). The company has reportedly approached multiple countries, but it has yet to sign a firm development/production deal.

Interestingly, Pakistan Air Force (PAF) officials were reportedly open minded about the TF-X, stating that the aircraft “is in line with the PAF want” at the 2019 International Defence Industry Fair (IDEF).

Turkey is hoping to get the TF-X to fly with domestically developed engines by 2029, though a prototype relying on a foreign sourced engine is expected to fly by around 2025.

In addition to Malaysia, Turkey is also approaching Kazakhstan, Pakistan, Bangladesh and Indonesia on its full gamut of programs, including the Gökbey utility helicopters and others (e.g., TF-X, ATAK, Hürkuş, etc).

Ankara has road-mapped an ambitious aircraft development pipeline, but with so many programs, it will need to secure a stable source of funding and economies-of-scale.

Though the Turkish Armed Forces (TSK) can support both to an extent, it is clear now that Turkey is seeking overseas partners to fully cement both issues. Interestingly, of the countries it has identified, it seems to be focusing on populous Muslim majority states, i.e., large markets with burgeoning defence needs.

This approach will put the Turkish industry in the crosshairs of American, European, Chinese and Russian manufacturers, which are industry incumbents in these countries. Turkey cannot offer as much in terms of loans or credit as these other suppliers, so co-production sharing and supply chain integration are likely the biggest benefits it can offer in-exchange for funding and orders.