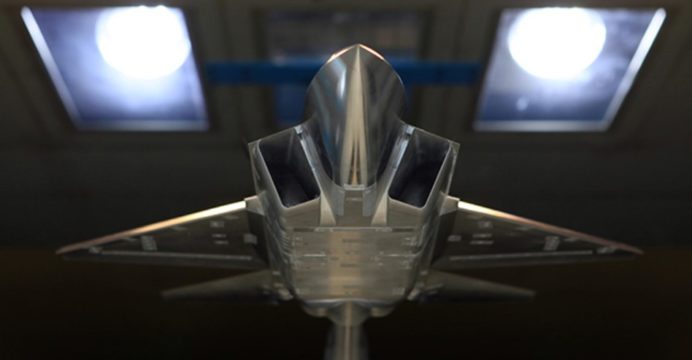 According to a press release by the South Korean Defence Acquisition Programme Administration (DAPA), Korea Aerospace Industries (KAI) will begin work on the first prototype of the KF-X, its next-generation jet.

The decision was made following a critical design review (CDR) of the KF-X by DAPA, which was held from 24 to 26 September. As part of the CDR, DAPA reviewed 390 “technical data” parameters “to ensure that the military requirements were properly reflected in the design.”

DAPA states that the KF-X “successfully passed the [CDR].”

DAPA initiated the KF-X program in 2016 as a joint-venture with Indonesia, with the latter assigning PTDI (PT Dirgantara Indonesia) to participate in the project.

Indonesia was to commit 20% of the KF-X’s $7.4 billion program costs, but the latter has been having trouble maintaining its equity. In late 2018, Indonesia started renegotiating its partnership with the South Korean government, and this might result in a smaller commitment.

Following more than two years of development work, KAI revealed the frozen design of the KF-X in June 2018. Officially set as a ‘4.5-generation’ fighter, the KF-X was revealed as a twin-engine design with a low-observable airframe and external hardpoints.

The launch variant of the KF-X lacks an internal payload, but KAI will incorporate one in a ‘Block-2’ variant. The KF-X will use a variant of the General Electric (GE) F414 turbofan engine.

The South Korean Air Force (ROKAF) plans to supplant it aging F-4E Phantom and F-5E Tiger II aircraft with 120 KF-X fighters. It is unclear how many more KF-Xs the ROKAF plans to procure, though it may expand its scope as its oldest F-16s start reaching the end of their airframe lifespans.