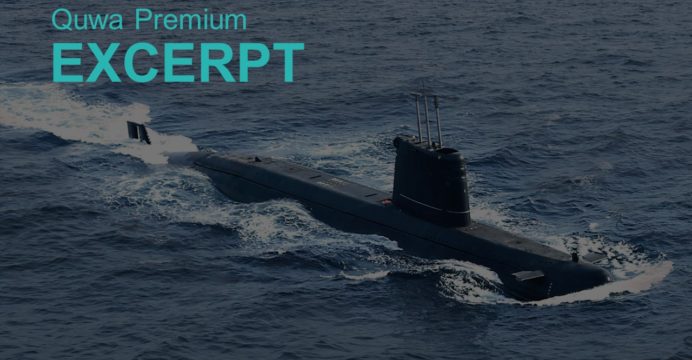 Signed as a $350 million US contract in 2016, the upgrade is evidently extensive, and it is poised to bring the PN’s Agosta 90B up to modern electronic standards (i.e., comparable to the Type 214 and Scorpene).

Thus far, two of the three Agosta 90Bs are slotted for the upgrade, but STM expected to sign the contract for the third ship during the 2018 International Defence Exhibition and Seminar.

However, it is unclear if the upgrade will also include a structural upgrade. It may not be necessary, but a program of this scope will certainly require the original equipment manufacturer (OEM), Naval Group (i.e., DCNS) involved. Naval Group is not involved at this stage, having lost the submarine upgrade bid to STM in 2016, with STM claiming its bid was “technically and commercially superior.”

Moreover, the first upgraded submarine – i.e., PNS Khalid – is scheduled for delivery in 2020, the next two are to follow within one year of other, i.e., by the mid-2020s. The first four Hangor AIP submarines are to join the PN by the mid-2020s as well, providing the PN sub-surface fleet with a capability boost.

While the PN added large surface ships to its procurement pipeline, there is little doubt that its new Hangor-class submarines will, ultimately, have the greatest impact in South Asia’s maritime domain | Read More