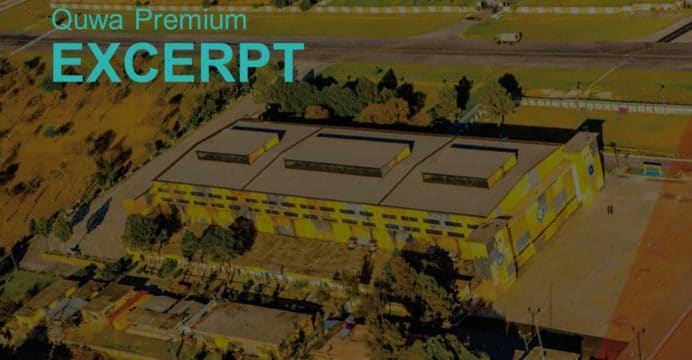 Having brought the JF-17 Thunder to fruition, the Pakistan Air Force (PAF) is now setting its sights on the future, i.e. its next-generation combat aircraft requirements. Under Project Azm, the PAF’s future combat aircraft requirements are being managed by a new office at Pakistan Aeronautical Complex (PAC). This is the Director General of Aviation Research, Indigenization and Development (AvRID).[1]

In time, the efforts of these various institutes will converge and culminate in the production of a FGFA. To the PAF, this FGFA is not only its next-generation solution for the long-term, but its means to completely end its reliance on foreign suppliers. Yes, there is a caveat to that point. Because Pakistan lacks the central industry inputs to manufacture aircraft subsystems on a turnkey basis, it will rely on certain states.

Analysis: The Case for Pakistan Procuring the FC-31 Gyrfalcon

The FC-31 is an attractive prospect provided AVIC fulfills its full operating clearance (FOC) by the mid-2020s promise. With the aforementioned capabilities, the FGF would provide the PAF with a much-needed capability to undertake its offensive delivery in light of India’s IADS and airpower development efforts | Read More.

Rather, the PAF will not rely on partners that it deems too expensive or untrustworthy. To fulfil this goal, Project Azm would have to fulfill every essential Air Staff Requirement (ASR); in effect, the PAF is looking at Project Azm as a high-tech solution that would aptly handle all of its requirements. In contrast, the JF-17 – at least when it was the Super-7 – was envisaged to fly with more capable aircraft, such as the F-16.

According to the PAF’s previous Chief of Air Staff (CAS), Air Chief Marshal (ACM) Sohail Aman, the PAF is “engaged with Chinese experts in the manufacturing the next generation aircraft.”[4] ACM Aman reportedly added, “it will take five years to initiative the production of fifth-generation aircraft.”[5] It is unclear if ACM Aman’s statements (made in December 2017) represent the actual, frozen timeline of the project.

However, considering the extent of the Indian Air Force’s (IAF) modernization efforts – and the potential of follow-on Rafale and other multi-role fighter orders – a relatively fast maturation period is logical, but only if it is possible to achieve. The results of Project Azm will be affected by the PAF’s constraints, i.e. its limited fiscal capacity, limited domestic expertise and limited pool of willing technology partners.

If expediency is a priority, then time also becomes a constraint. This is not to confirm (or deny) whether Azm will enter production in five years, but the constraint of time must not be understated. In the context of the PAF’s other constraints, one might have a plausible idea of what to expect from Project Azm…