Indigenization will be critical to Pakistan’s next-generation fighter
February 18, 2020 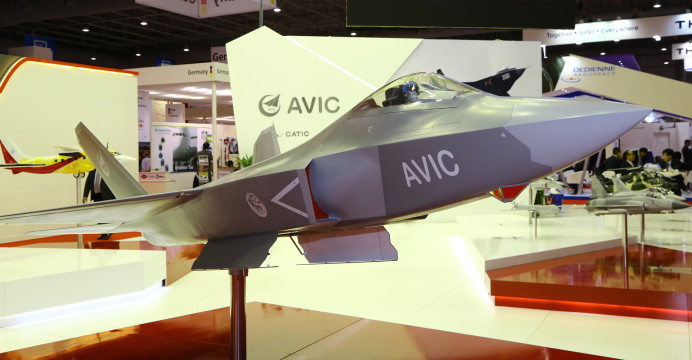 Indigenization will be critical to Pakistan’s next-generation fighter

Defence and Diplomacy, a policy show hosted by retired Pakistan Air Force (PAF) Group Captain Sultan Hali, just released an excellent interview (in English) with the PAF’s Chief of Air Staff (CAS), Air Chief Marshal (ACM) Sohail Aman. Quite a bit was discussed, and that too on a whole range of issues, from the PAF to societal development and nation-building.

However, in terms of the PAF, ACM Sohail Aman was able to offer interesting details regarding success accrued from the JF-17 Thunder, the PAF’s plans for a next-generation fighter, the vision behind Kamra Aviation City, and the rationale of setting up the Airpower Centre for Excellence (ACE). This week, we will take a look at ACM Sohail Aman’s vision in regards to the development of a next-generation fighter.

Just as important as the acquisition of a next-generation fighter itself, the CAS definitively established the need to build a sufficiently capable indigenous base to source and support that fighter. The rationale is driven by the reality that a next-generation aircraft is dependent upon financial and political strings that not only inhibit the PAF from progressing in terms of its modernization needs, but also limit the country in terms of its independence. Breaking away from this dynamic is the principal objective of the current PAF leadership, and a set of objectives for 2030 have been put into motion.

If the JF-17 paved the groundwork for such goals, the next-generation fighter would essentially form the pillars of what would hopefully be – one day – a capable domestic aerospace industry. The PAF is hoping to use the development of a next-generation fighter as a means to master most of the core technology necessary to produce and support the fighter with the minimum of dependency on an external source.

The nucleus of this ambitious objective is Kamra Aviation City. Naturally, before the thought of even trying to absorb the necessary technology can come into play, the CAS has recognized the need to build the requisite intellectual capital and human resources capacity. Kamra Aviation City is being established in very close proximity to Pakistan Aeronautical Complex (PAC), and it will serve as a home for educational as well as research institutions designed to produce the skilled personnel necessary to work on in-sourcing the technology used on a next-generation fighter.

The physical infrastructure will be ready in three to five years, but the necessary level of capacity (especially in terms of skilled personnel) will come to fruition in 10-15 years. Kamra Aviation City will be home to institutes capable of producing masters and PhD-level aerospace and aeronautical development professionals. The PAF is collaborating with several friendly countries on the matter, but what that means in specific terms was not made known.

This is certainly an ambitious route. Let there be no doubt that the PAF will across a number of challenges, and it will certainly be tested by failure along the way. However, the success of what ACM Sohail Aman is describing is dependent upon persistence and a willingness to use failure as just as another milestone. In other words, binding the next-generation fighter program to indigenization will require the PAF – as well as the Army and Navy – to be patient and to not allow obstacles to bend the original objectives.

What this means for the next-generation fighter in terms of specifics is not known. At this time, it is not known to anyone whether the PAF would sign onto the Chinese FC-31 program, engage with Turkey, or take on a completely different route (of pushing for a new design). This is a matter of speculation at this point in time. However, in a previous interview, ACM Sohail Aman did state that the PAF was thinking in terms of “beyond” fifth-generation. In other words, the PAF is not going to support the development of something that is restricted to today’s air warfare environment, but that of the future.

It is possible that the parameters of the PAF’s next-generation fighter will begin to materialize in three to five years, i.e. around the time that Kamra Aviation City is complete. The two are co-dependent in that each aspect – i.e. the fighter and the research and development establishment – will drive one another in order to reach their respective objectives. Interesting times are certainly ahead.