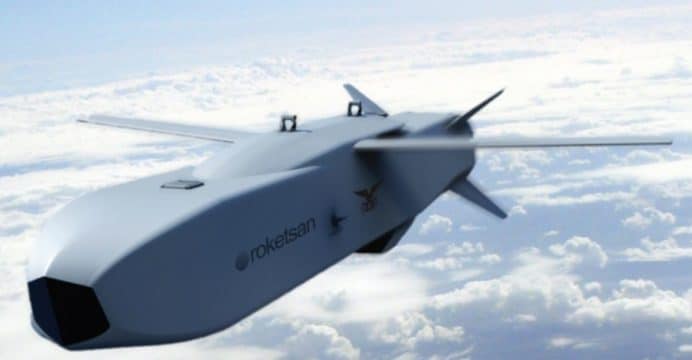 The SOM is a result of Turkey’s longstanding indigenization drive aimed at reducing the country’s reliance on overseas suppliers for weapons. This is a particularly sensitive issue with stand-off weapons (SOW), which can be costly to procure from overseas and potentially subject to export restrictions.

With the SSM aiming to commence serial production of domestically-powered SOM missiles next year, it appears that Kale Aviation’s development efforts of the above technologies (which had been displayed in various forms since 2012) are complete or nearing completion. In 2017, Kale revealed a prototype of the Kale 3500 miniature-turbojet engine for the SOM and, potentially, Atmaca.

The SOM has a range of over 250 km. It has a total weight of 589 kg, with the warhead taking up 227 kg. In turn, the SOM’s warhead options are High Explosive and Blast Fragmentation, with guidance options including satellite-aided inertial navigation and terrain reference. Roketsan is also working with Lockheed Martin to develop the SOM-J, a smaller variant for use from the F-35 Lightning II’s internal weapons bay.

Joining the SOM in the near-term will be the Atmaca, a sea-skimming AShM. In October, the Turkish Navy announced that the Atmaca had undergone successful firing tests. Designed as an analogous solution to the MBDA Exocet and Boeing Harpoon, the Atmaca weighs 800 kg (with a 200 kg warhead) and relies on a mid-course INS/GPS guidance suite with a terminal-stage active radar-homing seeker.