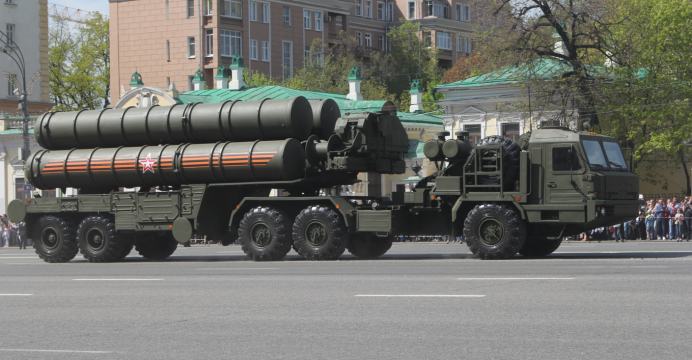 “We have now taken steps with Russia about this issue. Deals have been inked. In God’s will, we will see S-400 missiles in our country and precede the process with joint production,” Erdogan said to the AKP.

Earlier in July, Bloomberg reported that Ankara agreed to a $2.5 billion U.S. deal with Moscow for four S-400 systems, of which two would be produced in Turkey. Prior to that Russian officials stated that the deal was nearing completion, with the two sides still negotiating on financing.

Erdogan’s recent statements confirm that the S-400 and Turkey-Eurosam programs are parallel initiatives, with the S-400 being sought for near-term procurement.

Following the collapse of its deal with Beijing for HQ-9s, the Turkish Undersecretariat of Defence Industries (SSM) commissioned Aselsan and Roketsan to manage the development of a domestic long-range SAM while the SSK and Turkish Ministry of Defence began talks with overseas vendors.

In November, the head of the SSM Dr. İsmail Demir stated (via the Daily Sabah) that it would “take five to seven years to conclude the [domestic SAM] project.”

Turkey is poised to be the third S-400 customer following China and India, which have ordered their S-400 systems in 2015 and 2016, respectively.