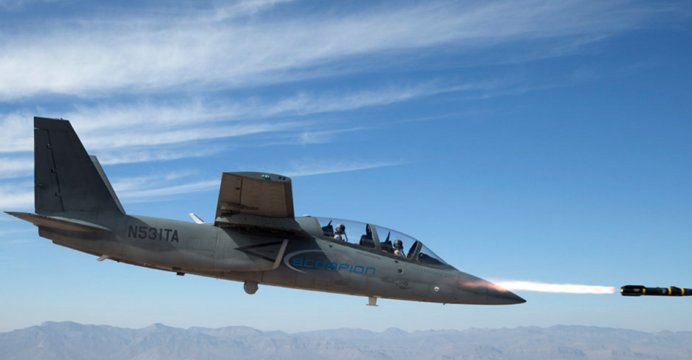 The U.S. Air Force (USAF) intends to begin testing proposed light attack aircraft at Holloman Air Force Base (New Mexico) this summer, following through on prior promises to experiment with the concept.

This is not an untested approach; Latin American and Middle Eastern air arms have been using lightweight attackers such as the Super Tucano and Air Tractor AT-802.

However, some officials, such as Gen. Herbert “Hawk” Carlisle, the outgoing Air Combat Command (ACC) chief, have not been enthusiastic about the OA-X’s defensibility against AAW threats, which they believe are becoming more common in current COIN theatres.

“In an increasing threat environment, even against a violent extremist organization, would it be a viable platform, and would it be the one that could be used at a level that the combatant commanders needed it?” Gen. Carlisle stated (Defense News).

However, the next ACC – Lt. Gen. Mike Holmes – is willing to put OA-X proposals through experiments, mainly to determine if there is validity behind such platforms.

Although the OA-X presents a major opportunity for the industry, the U.S. has been supplying lightweight attack aircraft to several countries. Besides facilitating the transfer of A-29s to allies, such as the Afghan government, vendors such as Air Tractor and IOMAX have been proposing AT-802s armed with laser and INS/GPS-guided bombs and laser-guided rockets and missiles. These companies are essentially ready to offer OA-X proposals, and they can apply real-world combat lessons to the USAF tests.

Textron AirLand’s Scorpion might offer an alternate approach to the lightweight attack platform. Powered by two Honeywell TFE731 turbofan engines. While a turbofan, the TFE731 is a mature and commercially ubiquitous system, one with competitive acquisition and operational costs. The Scorpion has a maximum speed of almost 890 km/h.

The Scorpion has a total payload of 4,200 kg; of that, 1,400 kg can be stored internally (and 2,800 kg externally through six hardpoints). The internal bay could be configured to carry intelligence, surveillance and reconnaissance (ISR) equipment, such as potentially a synthetic aperture radar (SAR) and/or electro-optical and infrared (EO/IR) pod. Like other attack platforms, it will be capable of deploying precision-guided munitions, including low-impact weapons such as the Guided Clean Area Weapon (G-CLAW).

Textron AirLand has been tailoring the Scorpion as a relatively low-cost multi-mission aircraft for COIN and other low-intensity applications. Its higher payload capacity, superior speed and seemingly broader mission capability (over turboprops) could position it as a strong candidate for the OA-X.