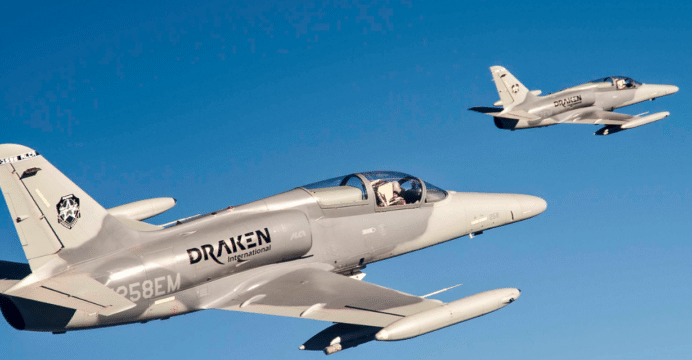 “The L-159 and its radar capability increased Draken’s proven ability to replicate advanced threats to provide a realistic training environment. Draken aircraft provided a significant cost-savings to the government while reducing the consumption of hours on USMC and US Navy combat aircraft used in the role of a training aid.”

In 2014, Draken International committed to procuring up to 28 L-159s from Aero’s surplus stocks. Under the sale, Aero transferred the L-159’s maintenance, repair and overhaul (MRO) channel to Draken’s facility in Florida, and imbued Draken to market the L-159 in North America and South America.

Sales to Draken as well as Iraq incentivized Aero to consider resuming L-159 production, which ceased in 2003. In 2016, Aero re-opened the manufacturing line for a single new Iraqi Air Force unit. However, Aero CEO Giuseppe Giordo noted that “demand for light combat aircraft will increase in [the coming] years and [the] L-159 is very competitive in its category.”

The L-159 is powered by a single Honeywell ITEC F124-GA-100 turbofan engine, which provides a thrust rating of 28 kN. Available in single-seat and two-seat configurations, the L-159 has an armament payload of 2,340 kg, which is available through five external hardpoints. It has a flight ceiling of 13,200 metres, maximum cruise speed of 936 km/h, and maximum range (without external fuel tanks) of 1,570 km.

Draken International’s positivity surrounding the L-159 could draw other air support companies to assess the L-159 as an aggressor system for their respective fleets. Some of these companies, such as Tactical Air Support Inc., already operate older Aero L-39s. Besides private operators, a desire for low-cost multi-role fighters from developing countries may also drive momentum towards Aero Vodochody.

There are several key mission profiles that the L-159 can adopt, from lightweight fighter to aggressor platform to a fighter conversion unit. In tandem with securing new customers, Aero will need to ensure that the L-159’s upfront acquisition and lifecycle maintenance costs remain competitive.