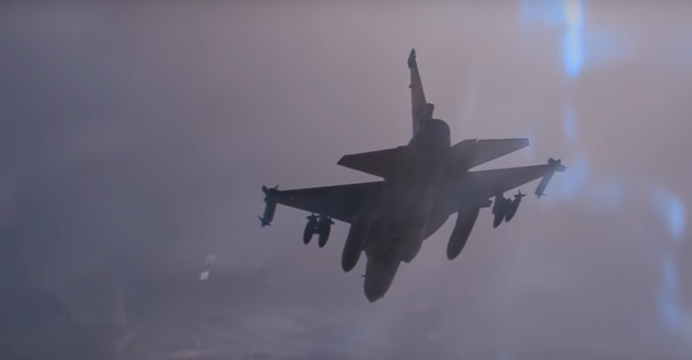 Note: This is a continuation of one Quwa’s earliest articles – “The JF-17: Major changes ahead on JF-17 Block-III” – with updates accommodating recent defence industry events and trends. This is a look at the potential of the JF-17 Block-III in becoming a relatively sophisticated combat solution, albeit if current and emerging technologies are incorporated into the design.

With a fifth JF-17 unit scheduled to be raised soon (replacing another F-7P squadron) and the JF-17B twin-seat variant coming to fruition, the Pakistan Air Force’s (PAF) newest fighter platform is evidently forming the mainstay of the PAF fighter fleet. In fact, it appears that the PAF is aiming to entirely supplant its F-7P and FT-7P fleet with the JF-17 Block-II, Now, momentum is beginning to shift to the JF-17 Block-III.

Slotted to utilize an active electronically-scanned array (AESA) radar, improved electronics warfare (EW) and countermeasures (ECM) systems, helmet-mounted display and sight (HMD/S) and potentially even infrared search-and-track (IRST), the JF-17 Block-III is effectively the PAF’s only qualitative driver (in the absence of an off-the-shelf platform) on its near-term procurement roadmap.

In terms of the AESA radar, arguably the centerpiece of the JF-17 Block-III, analysts have listed two radars as the leading candidates: The Leonardo (formerly Finmeccanica and Selex) Vixen 1000E and the Nanjing Research Institute of Electronics Technology (NRIET) KLJ-7A.

Both radars are compelling options, but ultimately, the procurement of an AESA radar is essential, for its advantages over legacy mechanically-steered pulse-Doppler radars are genuine qualitative gains, especially in defensibility against EW/ECM (this is explained in greater detail in an earlier article on Quwa).

However, radars are not the only application for AESA TRMs. Defence electronics vendors are also using this TRM technology on EW and ECM suites. For example, Italy’s Elettronica ELT-568 is such a solution, providing digital radio-frequency memory (DRFM) active jamming (explained in Quwa’s background brief on radar technology) and E-J band frequency coverage. Turkey’s Aselsan is also marketing a similar suite. NRIET could also developing analogous EW hardware (for pairing with the KLJ-7A AESA radar).

Irrespective of the origin, the pairing of an AESA radar with AESA-based EW/ECM would be significant. If the components (e.g. radar warning receiver, jammer, etc) of the EW/ECM suite are properly integrated, and in turn, fully presented in the human-machine-interface (HMI), the pilot would acquire a ‘picture’ of an area’s electronics dynamics – the EW/ECM suite could identify and locate enemy radars.

The HMI standards set by the F-35 Lightning II and Saab JAS-39E/F (with the signature single-display cockpit) are being emulated by other vendors, including the Aviation Industry Corporation of China (AVIC) and Aselsan (via the IMD-1119 and IMD-820). (Interestingly, the HMD/S space is confined to a relatively few vendors. Elbit maintaining its position as the dominant supplier in the West and in the East, though BAE Systems and Thales have carved respectable spaces.)

In 2016, Leonardo’s BriteCloud ECM decoy had begun seeing traction with the Royal Air Force (RAF). The BriteCloud is an expendable decoy with a self-contained DRFM-based jammer, which is meant to help thwart incoming radar-guided air-to-air and surface-to-air missiles. The BriteCloud ECM can be placed in an aircraft’s existing chaff and flare dispenser system and self-protection suite. Aselsan is marketing an analogous solution, which it designated as the ‘Expendable Active Decoy’. The concept is evidently not novel, credible vendors such as NRIET should have limited difficulty in expanding the market.

Contingent on cost and feasibility, these subsystems and approaches could manifest in the JF-17 Block-III. Granted, this would only be a part of the ideal solution, with the rest dedicated to much-needed technology improvements, such as supplanting the hybrid flight control system with a fully-digital fly-by-wire system, reducing the airframe’s weight and increasing its payload.