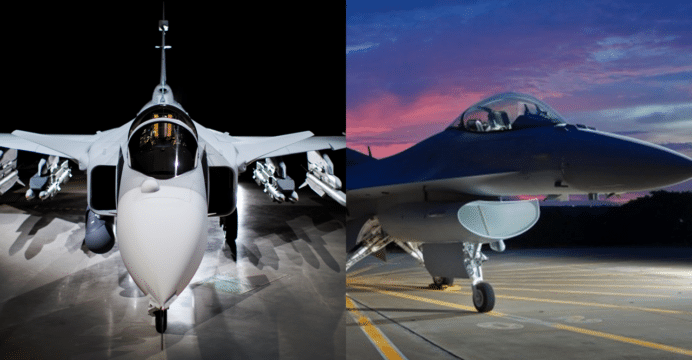 With the JAS-39E/F Gripen and F-16 Block-70, respectively, Saab and Lockheed Martin were slotted as the leading competitors for the IAF requirement.

Lockheed Martin was clear in providing India with its latest F-16 variant as well as a robust technology-transfer and industry offset package (Reuters). Recent political shifts in the U.S. may have cast uncertainty to the Maryland-based defence giant’s promise, but the reality of a single high-volume multi-billion-dollar deal should bring the White House, Pentagon and State Department to be relatively flexible.

Saab is just as intent in securing a Gripen-E sale. In fact, Saab is not only offering the Gripen with local manufacturing and offsets, but it is leveraging many branches of its defence portfolio.

With Boeing, Dassault, Lockheed Martin and potentially even Saab manufacturing and developing out of India, India is crossing a significant milestone in terms of being a defence and aerospace giant. Yes, Indian companies are eager to be original vendors and competitors, but these linkages with Boeing and others will enable these same Indian companies to incur benefits from all contracts involving the systems they produce in partnership with the overseas partner.

Examples of this are beginning to emerge: The Lockheed Martin LM-100J (i.e. the commercial freighter version of the C-130J)’s empennages are sourced Tata Lockheed Martin Aerostructures Ltd. (TLMAL). Tata will also supply AH-64 Apache fuselages. As Boeing, Dassault, Lockheed Martin, Saab and others link India into their global supply-chains via offset agreements, India will benefit from these companies’ sales in the U.S. or Europe (i.e. native) or beyond (export).

For its part, India provides these vendors scale. Saab will likely see the highest relative return from a sale to India, not just for the Gripen-E (which would see its largest single volume order yet), but for Saab’s AESA and electronic warfare, countermeasures and support (EW, ECM and ESM, respectively) technology as well. This would help Saab compete on pricing, which would be important for accessing the non-NATO market (and potentially even NATO, at least among cost-sensitive buyers).