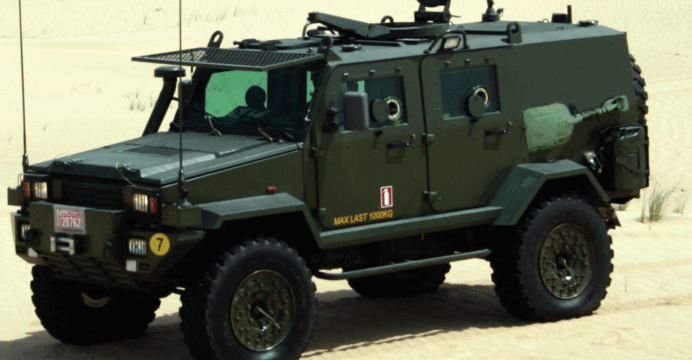 Namibia will receive its RG32M from Denel by March 2017

Denel Group claims that the value of the contract is “substantial”, though it is not clear if Namibia’s order for eight vehicles is an initial tranche.

The RG32M is manufactured by Denel Vehicle Systems. The 7,500+ kg vehicle has been used by overseas customers in Africa, Asia and the Middle East. The RG32M’s armour can sustain 7.62×51 mm and 7.62×51 mm armoured-piercing rounds. It can protect the crew from the blast of a DM31 fragment mine.

The SD-ROW is also manufactured by Denel Vehicle Systems (under its Denel Mechatronics branch) and weighs 75 kg and can carry 200 kg in ammunition rounds. It can be fitted with a 5.56 mm or 7.62 mm machine gun. Besides providing short-range self-defence, the SD-ROW can also be utilized offensively.