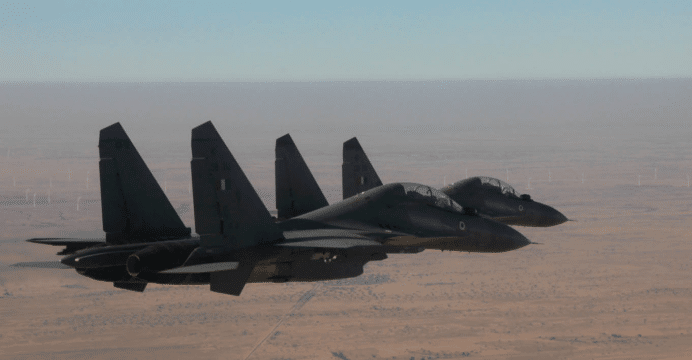 India in talks with Russia for Su-30MKI spare parts manufacturing

In tandem with a logistics hub for the Indian Air Force’s (IAF) Su-30MKI fleet, New Delhi is in talks with Moscow to bring domestic spare parts manufacturing to India, Sputnik News and IHS Jane’s report.

As per Sputnik News, India and Russia are close to signing an deal to establish a logistics hub at Hindustan Aeronautics Limited (HAL) which, in August 2016, was thought to have been valued at USD $200 million.

The hub, which is to be a long-term agreement with Russia, is to help identify and secure spare parts for the IAF’s 200+ strong Su-30MKI fleet, so as to ensure that a 70-75%+ operational rate is maintained for India’s workhorse multi-role fighter.

As per IHS Jane’s, negotiations are underway to enable HAL to domestically manufacture 322 Su-30MKI line replaceable units (LRU), thus guaranteeing that India’s Flanker fleet will benefit from an indigenously sourced supply channel (with the efficiency wrought from the logistics hub).