China could begin receiving Su-35 fighters before end of this year
February 17, 2020 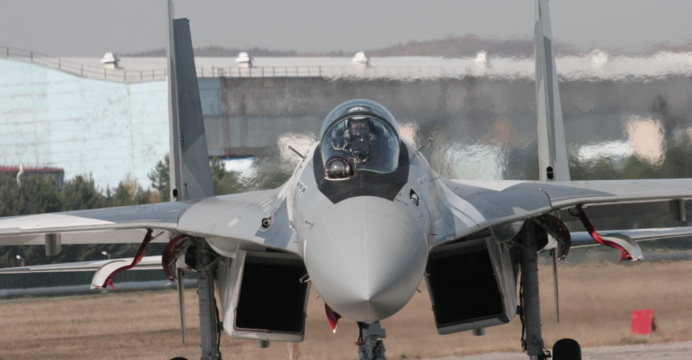 An official familiar with the contract told TASS that deliveries to the PLAAF were to begin in 2017, but the process was accelerated to ensure that the first batch is delivered earlier before the end of 2016.

Under the contract, UAC is to provide the PLAAF with the Flanker-E’s requisite logistics and maintenance package (e.g. spare engines).

Manufactured by UAC, the Su-35 Flanker-E is the latest version of the Su-27 Flanker. The Flanker-E retains the family’s long-range (3,600 km) and heavy payload (8,000 kg) attributes, but it boasts an improved airframe as well as new internal subsystems and turbofan engines.

China is the Su-35 Flanker-E’s first export customer. The Indonesian government says it is negotiating for eight Su-35s. The Flanker-E has also reportedly drawn interest from Algeria, Egypt and Pakistan.

There is a lack of clarity surrounding China’s apparent Su-35 purchase. It was believed that Beijing and Moscow had signed the contract for the 24 aircraft in November 2015. In fact, the CEO of Rostec, which represents UAC, even stated at the time that the two “have signed a contract.”

However, in November of this year, the National Interest quoted the chairman of PIR Center’s (a Russian think-tank) executive board – Lt. General (retired) Evgeny Buzhinsky, saying: “We are in the process of very tough and very difficult negotiations on these issues.”

It is not clear exactly where the binding sales contract stands (if it has not been signed) considering these recent reports. Buzhinsky emphasized that Moscow worked to ensure that safeguards were in place to protect sensitive intellectual property in the Su-35 and Su-400 long-range surface-to-air missile system. As per Buzhinsky, Beijing agreed to comply with those safeguards.