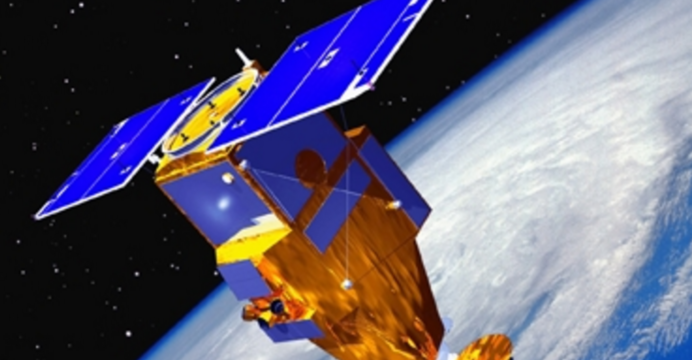 The Göktürk-1 was designed and developed by Leonardo-Finmeccanica (67%) and Thales (33%) as part of a space development program commissioned by Turkey’s Undersecretariat for Defence Industries (SSM) in July 2009.

The satellite was completed in 2015 and subsequently cleared for export to and utilization by Turkey in May of that year (Space News).

The Daily Sabah reports that the Göktürk-1 has been allocated to the Turkish Air Force’s Reconnaissance Satellite Battalion, which will use the satellite as part of the armed forces’ intelligence, surveillance, and reconnaissance (ISR) efforts.

However, the focus of Göktürk-1 will be to provide valuable surveillance support for civil efforts, such as responding to natural disasters, law-enforcement, monitoring pollution at sea, etc.

The Göktürk-3 will be equipped with a synthetic aperture radar (SAR), which will enable the Turkish armed forces to secure high-resolution photos at day and at night.

Satellite operations are poised to serve a key component in the Turkish armed forces’ long-term goals. In addition to enhanced ISR coverage via the Göktürk-1 and Göktürk-3, the Turkish Air Force and Turkish Navy will also be using satellite communication (SATCOM) with the Anka drone and Ada-class corvettes, respectively. Aselsan, in partnership with Astrium Services, is supplying SATCOM terminals to the Turkish armed forces. The indigenously produced Türksat 6A communications satellite will play a key role in this program.