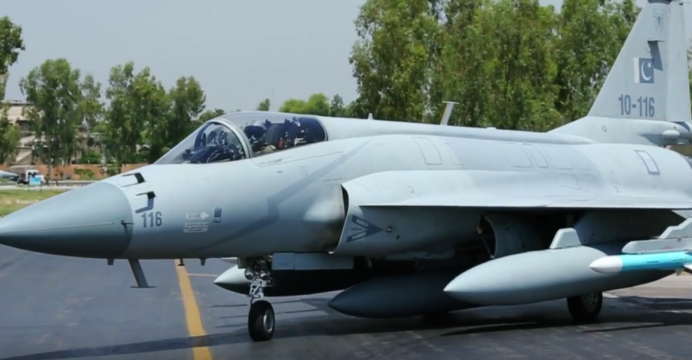 Pakistan reportedly committed to a total of 250 JF-17 Thunders

Pakistan Air Force (PAF) officials have reportedly told local Pakistani media outlets, including The Express Tribune, that the PAF is committed to procuring a total of 250 JF-17 Thunder multi-role fighters.

Officially, the PAF is committed to 150 JF-17s across three production blocks – i.e. Block-I, Block-II, and Block-III. The JF-17 Block-III will be configured with an active electronically-scanned array (AESA) radar, helmet-mounted display and sight (HMD/S), and improved electronic warfare (EW) as well as electronic countermeasures (ECM) systems.

Although many sources have slotted the PAF for an eventual fleet of 250 JF-17s, this has yet to be officially confirmed. However, if Pakistan persists in having difficulty with providing the funds for another fighter type – e.g. a heavy or even medium-weight platform – the PAF could opt to commit the entirety of its new fighter plans to the Thunder.