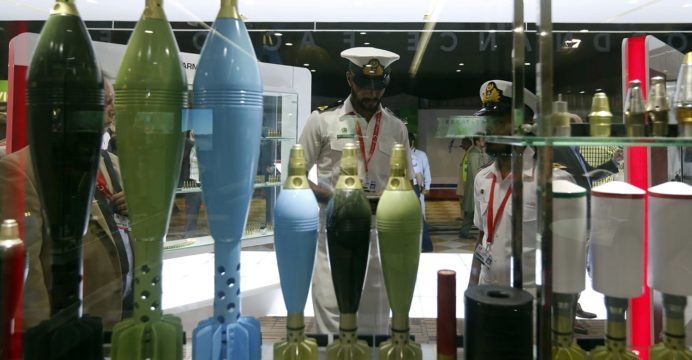 The Associated Press of Pakistan reports that these were among 13 MoUs signed on the second day of the 2016 International Defence Exhibition and Seminar (IDEAS) presently taking place in Karachi.

POF’s MoUs with Czechoslovak Group and PGZ mirror the MoU it had signed in June with Sir Meccanica, an Italian industry vendor specializing in providing components for manufacturing. Like that agreement, these MoUs likely entail contracts with industrial and manufacturing companies in Poland and the Czech Republic on the work of upgrading POF’s manufacturing facilities.

The Czechoslovak Group (CSG) comprises of 22 defence, manufacturing, and industry services companies in the Czech Republic. The small arms manufacturer Česká Zbrojovka, which is competing to secure the Pakistan Army’s next-generation standard issue rifle program, is not listed on the CSG website. However, POF could be interested in the products and services provided by MSM Group, which can equip POF with the equipment necessary to properly manufacture its next-generation products.

Poland’s PGZ could be accessed for similar support. However, it is worth noting that Fabryka Broni, the leading Polish small arms designer, and manufacturer, is part of PGZ.

POF is Pakistan’s principal supplier of all small arms, and that is not limited to only assault rifles, but also includes sniper rifles (it had revealed its new ‘Light Sniper Rifle’ or LSR), handguns, heavy machine guns (it recently revealed the PK-16), and munitions (e.g. 7.62x51mm ammunition, artillery shells, etc). Polish and Czech support can cover each of these product lines as well as the underlying infrastructure (i.e. the manufacturing and skilled labour base) to bring these programs to fruition.