India may not procure additional Rafales; another platform?
February 27, 2020 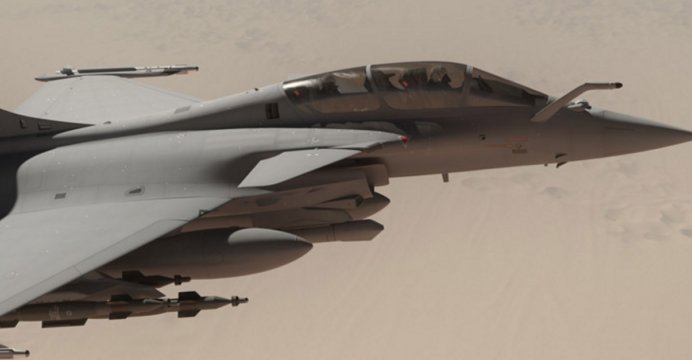 India may not procure additional Rafales; another platform?

According to Defense News, the Indian Ministry of Defence (MoD) is not yet firm on the idea of procuring additional Dassault Rafale multi-role fighters on top of the 36 recently signed for in September (in an $8.8 billion U.S. contract).

An MoD source told Defense News that at this time, a follow-up acquisition is not on the table. Moreover, the current Rafale contract does not include a clause for optional units; additional fighters would have to be ordered in a separate contract, potentially at a different price.

Analysts speaking to Defense News believe this is a tentative issue. Ultimately, the Indian Air Force (IAF) has a requirement for a substantial number (126 as per retired IAF Air Marshal Daljit Singh) of medium-weight multi-role fighters, and additional Rafales – or another comparable platform – will be sought.

In 2016, the Government of India’s contracts with Boeing (for CH-47F Chinook and AH-64E Apache) and Dassault have enabled these two companies to generate strong defence industry and armed forces in-roads in India. Tata Group and – as of this week – Anil Ambani’s Reliance Group have been the leading recipients of Boeing and Dassault’s commercial offset commitments, respectively.

Should India’s MoD release another fighter medium-weight fighter bid, Dassault and Boeing should be viewed as the leading competitors (by virtue of their existing industry presence in India).

Fleet rationalization (i.e. avoiding the needless growth in the types of fighters operated) could become a core priority for the IAF moving forward, so as to improve the ease at which it could maintain a high operational rate with its fleet and to scale existing investments in maintenance infrastructure. In effect, the Dassault Rafale should be the favoured platform.