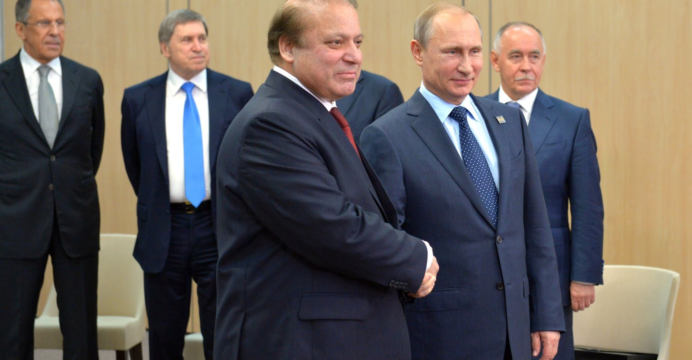 Speaking to The Express Tribune, Pakistan’s Ambassador to Russia Qazi Khalilullah stated that Pakistan’s forthcoming military exercise with Russia – designated Friendship 2016 – will be proceeding as planned.

The ambassador’s comments are in response to a spate of recent news pieces, originating with an Indian outlet known as The Financial Express, claiming that Moscow had cancelled the drills in response to a fatal attack on an Indian Army camp in Uri, located in the disputed Jammu and Kashmir region.

According to Mr. Khalilullah, the bilateral military exercise will take place starting this Saturday on the 24th of September and will conclude on 07 October.

Doubts over the exercise came to the fore through a news article by The Financial Express, which reported the issue without citing a verifiable statement from an official. To be clear, the Russian Ministry of Defence has yet to issue an official statement regarding this matter.

The Russian Foreign Ministry issued a condemnation of the attack and had even reiterated India’s claim that the attack was perpetrated from within Pakistan (RIA Novosti). However, it too has not commented on the Government of Pakistan or the forthcoming exercises.

In summary, reports regarding the exercise’s purported cancellation have yet to be corroborated officially by Russia, Pakistan, or even India.

That said, given the tense situation between Pakistan and India, the possibility of the exercises being cancelled should not be dismissed. However, that eventuality may not be a result of Moscow’s willingness to “alienate” Pakistan in as much as for being aware of the realities on the ground where both sides (India and Pakistan) could have their respective militaries in an elevated state of alert.