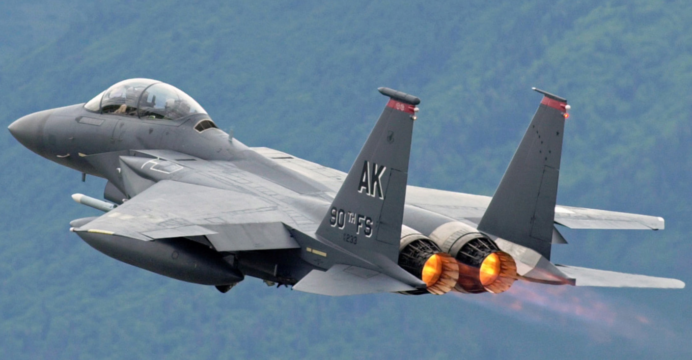 According to Reuters, the United States is close to approving the sale of Boeing F-15 and F/A-18E/F fighter aircraft to Qatar and Kuwait, respectively.

Reuters was able to learn that it could be days before the U.S. State Department and U.S. Defense Department informally notify Congress of both fighter sales, which have been in the making for at least the past four years. A formal notification to Congress is expected later (40 days).

Qatar had reportedly sought up to 72 F-15SE Silent Eagle fighters (Defense News), but a number of issues, mainly relating to political considerations vis-à-vis Israel, have held up Qatar’s request.

Thus far, the F-15 and F/A-18E/F have been reserved for close U.S. defense partners and allies, such as Israel, Australia, and Singapore. Although Qatar would go on to procure Boeing AH-64 Apaches and even host the largest U.S. air base in the Arab Gulf, its time as a close defence partner (in terms of how the U.S. could examine the release of sensitive and balance-altering technology) has not been long.

To what extent these sales (to Qatar and Kuwait) are driven by strategic considerations or commercial interests (e.g. prolonging fighter production at Boeing’s plant in Missouri) is unclear, but the release of these platforms to these countries (especially the F-15E or SE to Qatar) is significant.

For the U.S., it would mark the first major fighter sale to the peninsular state, which has traditionally operated French Dassault fighters. In fact, these F-15s will operate alongside the Dassault Rafale in the Qatar Emiri Air Force (QEAF). It would also likely carry a stronger U.S. presence in Qatar, so as to ensure that the QEAF is able to properly maintain and operate the prized fighter platform.

For Qatar, this purchase maintains what appears to be a defence policy of modernization and expansion. Currently, the QEAF operates a squadron (i.e. 12 aircraft) of Dassault Mirage 2000-5. In the coming years, it will induct 24 Dassault Rafale and 36 F-15E/SEs; combined, this will imbue it with a larger and much more capable fighter fleet, especially in terms of range, power-projection, and air-to-surface strike.