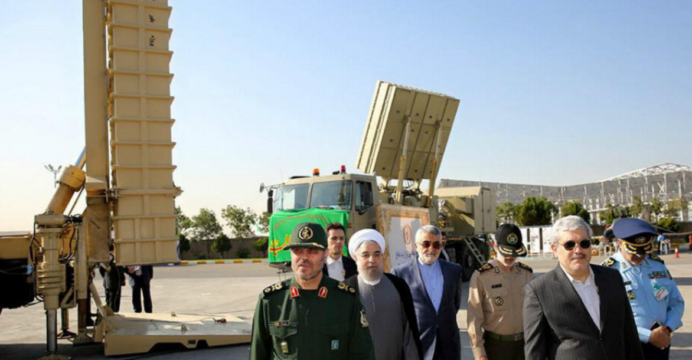 The Bavar-373 launcher is comprised of two square silos, which is interesting considering Eastern land-based SAMs – such as the S-300 and HQ-9 – are generally enclosed in circular canisters. The Bavar-373’s radar system is a – presumably – a long-range phased-array radar.

The Bavar-373 entered development in response to Russia’s unwillingness to transfer the S-300 in 2010. With the easing of military sanctions (following an agreement between the U.S. and Iran over the latter’s nuclear program), Iran should be on track to receiving the S-300 long-range SAM system from Russia, although missile and transportable erector launchers (TEL) were not displayed at its most recent National Day Parade in April (Sputnik News).

The apparent existence of long-range missiles and the S-300’s sensor and command suite could suggest that the two will be paired. However, it is not known if the Bavar-373’s missiles would function in an S-300 battery, though Russia could transfer the requisite expertise and components to make it possible. According to Sputnik News, Russia will complete its S-300 deliveries to Iran before the end of 2016.