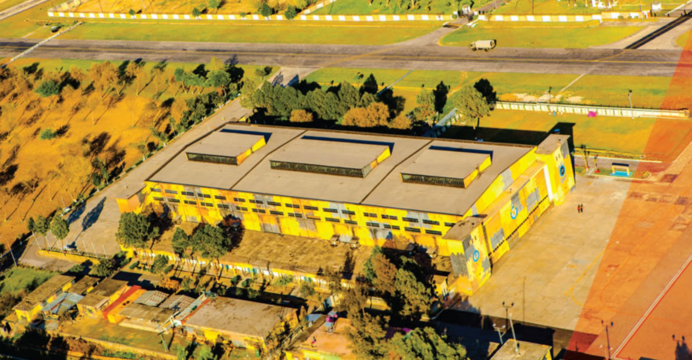 At a seminar organized by the Institute of Strategic Studies Islamabad (ISSI), Rana Tanveer Hussain, Pakistan’s Minister of Defence Production (and Minister of Science and Technology), said that Pakistan had reduced its defence imports by 90% over the past three years (Business Recorder).

Emphasizing the need to source domestically, Hussain told seminar participants that his ministry reduced the number of federally issued ‘no-objection certificates’ (NOC) for imported goods from 1000 to 100.

The minister also called for an increase in the domestic research and development budget – currently at 0.29% of Pakistan’s gross domestic product (GDP) to at least one percent of the country’s GDP by 2018.

Domestic production of defence hardware offers a number of important advantages. First, it provides a country with the strategic benefit of reducing its dependence on foreign suppliers. In times of war, this can be critical, especially if a country – such as Pakistan – is susceptible to military sanctions. In fact, this was the primary objective behind Pakistan’s pursuit of self-reliance.

Second, this reduced overseas dependence enables a country to channel a higher proportion of its precious national funding into its domestic industries. Besides supporting the local economy, domestic defence production also provides cost-savings. For example, by sourcing locally, Pakistan does not need to spend in dollars, pounds or euros, but rather, the Pakistani rupee, and that too with lower labour and material costs. In tandem with reduced costs, defence spending can become a form of stimulus, i.e. the use of public money as a means to stimulate local economic activity.

However, it is important to note that there a number of major caveats in the federal minister’s statement. For example, over the past three years, Pakistan has not procured much in the way of next-generation or particularly advanced hardware. This will change in the next three years, especially as programs such as the Pakistan Air Force (PAF)’s JF-17 Block-III and the Pakistan Navy (PN)’s next-generation submarines take shape. New and advanced hardware, such as active electronically-scanned array (AESA) radars or air-independent propulsion (AIP) systems, are also the most expensive, and Pakistan is certain to import both.

One can only save so much from local licensed production and manufacturing of basic components, especially in the long-term. In order to accrue decisive savings, Pakistan must invest in its capacity to develop and manufacture advanced components domestically. One cannot defer this to off-the-shelf purchases and partnerships, for both are bound to the seller’s interests, which will not always be flexible.

For example, not every company will have an interest in parting with sensitive technology, and even if one is able to procure that technology, they will have only do so after spending a significant amount on it. Such purchases can only be justified on the basis of scale, i.e. the need to produce a large number of systems as a means to distribute the cost of acquiring the technology and facilities to produce them. This is much easier to do with an assault or battle rifle than it is with a complete fighter aircraft (i.e. airframe, engine, radar and avionics together).

Countries will not readily part with valuable expertise and sensitive technology, but Pakistan could try and secure softer gains in the form of general capacity building such as technology/engineering universities, research and development facilities (e.g. wind tunnels) and collaborating in fields such as radar and electronic warfare development. It will be several decades before such initiatives come to fruition in significant ways, but gains in each of these areas will enable Pakistan to continuously grow in its ability to produce complex systems.

Domestic production of missile radomes and dual-pulse rockets for air-to-air and surface-to-air missiles, transceiver modules for AESA radars and electronic warfare/countermeasures equipment, diesel engines for armoured vehicles, and advanced metallurgy and composites are the kinds of areas that will result in massive long-term costs savings and decline in overseas dependence. However, Pakistan will require a significant level of investment in its underlying science, technology, engineering and mathematics (STEM) development in order to begin charting measurable gains in these fields.