This Week in Review: The Value of Used Armaments
February 29, 2020 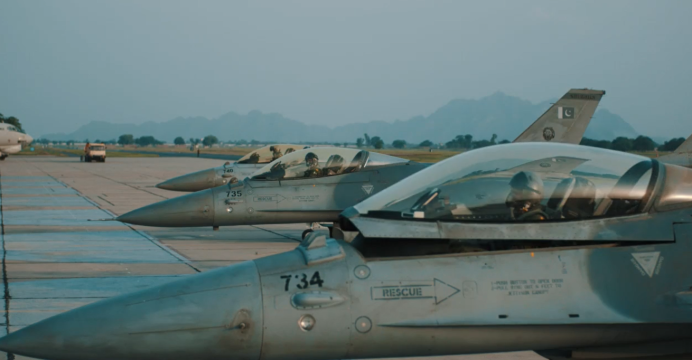 This Week in Review: The Value of Used Armaments

Every weekend, Quwa will close the week’s news with a review and analysis with the aim to tie together several topics into broader themes. It is an opportunity to reflect upon and discuss issues in a way where key trends are identified and individual news topics are connected into a “bigger picture.”

The Value of Used Armaments

‘Why is Pakistan trying to buy used aircraft?’ is an increasingly common question, especially in response to articles reporting Pakistan’s apparent interest in surplus military equipment, such as Jordanian F-16s. At the most basic level, the answer is essentially one of trying to control costs, or more accurately, meeting one’s increasingly demanding defence needs on a relatively restrictive budget.

This is not just the reality for Pakistan, but an increasing number of countries, especially in the developing world. The cost of current generation equipment, especially from the West, is steep, and the age of building sizable quantities of such arms has largely dissipated in the face of such costs. However, it would be a disservice to the topic to simply paint the pursuit of used equipment as simply one of not being able to afford new-built goods. Such a position actually ignores the inherent value of certain used equipment, particularly when positioned to the specific needs of each military (i.e. a case-by-case basis).

One of the gravest errors an analyst can commit in their writing is the act of arguing in broad strokes, and in making sweeping conclusions about a topic without looking at the specific merits of the case. However, this is a common occurrence, especially when one lacks specific knowledge about the inherent value of a system, its improvement over existing systems in use by the buying country, and its relative effect in that country’s environment. To be fair, the narrative currents flow both ways (i.e. ‘for’ and ‘against’), but this is an attempt to identify reasons why both perspectives exist, especially in the case of Pakistan (i.e. the issue area of interest to most of Quwa’s readers).

A reasonably plausible topic of the day is Pakistan’s pursuit of used or surplus F-16s, namely from third party users such as Jordan and countries in Western Europe (e.g. Belgium, Denmark, the Netherlands, and Norway). With the U.S. Congress’s refusal to release Foreign Military Financing (FMF) support to partly subsidize a proposed sale of eight new-built F-16C/D Block-52+ to the Pakistan Air Force (PAF), many had believed that the so-called “F-16 Chapter” was closed, for good (see: With no FMF support, Pakistan opts out of F-16 deal).

However, used F-16s still remain on the radar; Jordan recently listed as many as 15 of its F-16A/B Block-15 Mid-Life Update (MLU) units for sale, and Pakistan will certainly pursue them (see: Jordan has put up 15 F-16A/B MLU for sale (to Pakistan?). When observed from the perspective of India, which has and still feeds its air force with new-built assets such as the Su-30MKI, some have asked, “why is Pakistan going after ‘junk?’”

From the perspective of those who support such purchases (of used F-16s), the rationale stems from a number of crucial facts. First, the PAF already possesses the maintenance and operational infrastructure to readily induct new F-16A/B Block-15s (and Pratt & Whitney powered Block-32/42/52) with negligible added costs. Remember, inducting a new fighter platform is a costly process as it entails the procurement of not just the fighter planes, but the supporting infrastructure to sufficiently operate them, personnel training, and harmonization with existing assets.

The F-16A/B and to an extent C/D fleets within the PAF can be scaled with relative ease, which is an important gain when looking at another aspect – a reasonably good quality asset. Yes, the Viper platform is in its sunset age, but this does not mean that cheaply acquired Vipers do not offer a strong qualitative jump. One need only look at the PAF’s current fighter fleet, which is still largely comprised of legacy F-7Ps (i.e. Chinese MiG-21) and Dassault Mirage III/5s. The F-16 MLU and Block-52+ are contemporary fighters, especially in South Asia, and as such carry considerably more qualitative value compared to F-7s. If they are procured cheaply, then why is their addition seen in negative light?

The contrarian view will refer to the reality of Pakistan’s relationship with the U.S. It is valid to question why the PAF is broadening its dependence on U.S. hardware, especially when the U.S. has done little to nothing to support the PAF’s needs against external state level threats. From the perspective of having to pay for new-built F-16s – i.e. a hefty $70-80 million a unit – this is a fully valid stance, one that does not even need qualification (among those familiar with the nature of U.S.-Pakistani ties).

But from the purview of used F-16s, it is less strong. The PAF can – and will – procure used F-16s from third party sources, and the addition of mothballed airframes ensures that a larger bulk of one’s F-16s can fly, even under sanctions (thanks to a larger pool of accessible spare parts, namely from cannibalizing other airframes). If the original manufacturer (i.e. the U.S.) blocks this avenue, then that is the end of the entire discussion, the PAF can no longer pursue used F-16s and is not a realistic area of study. It remains to be seen if the U.S. will act to block other states from selling surplus F-16s to Pakistan. Remember, the U.S. still approved the sale of new-built F-16C/Ds to Pakistan, but it was Congress that stopped the use of FMF to discount the cost of those fighters.

On the other hand, the discussion of the Pakistan Navy seeking used submarines could be very different. In this case, one could reasonably argue that it would not be a good idea to acquire such used ships. For example, depending on the make, source and age, there may be a significant cost to retrofitting and upgrading the vessel, which in turn may not offer much of a capability boost. Other issues, such as the risk of unforeseen teething problems, such as fractures in the hull (necessitating a deeper level of repair), could result in the purchase of used submarines being very costly and unfeasible.

Interestingly, the seemingly growing market of used equipment, especially hardware that – while old – is still relatively advanced to some countries, has spurred the creation of what could be the ‘entry level’ of the global defence industry. For example, in the utility and transport helicopter market, Airbus and Lockheed Martin are using older platforms such as the Super Puma and Black Hawk, respectively, to create modernized but very affordable solutions (see: Airbus forecasting strong market for H215 Super Puma). For example, the Airbus Helicopters H215 Super Puma is to cost $16 million a unit, a fairly reasonable price for a mature and widely adopted platform. Granted, these versions of the Puma and Black Hawk line eschew the valuable electronic warfare (EW) suites and weapons configurations, but they are not meant to address those needs. Instead, they are meant to fulfill the requirements of those who require a basic utility platform for transport, search and rescue, policing, and other low-threat environment tasks.

In a sense, Pakistan attempting to do the same with the JF-17 Thunder. Granted, one is not looking at the paragon of aeronautical achievement in the Thunder. However, it brings the same capabilities found on modern platforms (e.g. beyond visual range air-to-air warfare, precision air-to-ground strike capability, electronic warfare and countermeasure suites, etc), but at a markedly lower acquisition cost. The cost differential will be more stark when the Block-III, with its active electronically-scanned array (AESA) radar, comes to fruition, but this is a factor of the future, not the present. The PAF has fighters in need of phasing out in the short term, well before the Block-III is available, and in parallel with the Block-II.

The new ‘entry level’ can impact the future of the defence industry, perhaps as soon as the next three to five years, thus rendering surplus equipment as less valuable. With the H215 Super Puma, T-70 Black Hawk, JF-17 Thunder, Z-19E lightweight attack helicopter, and others, it would be an interesting space to watch.