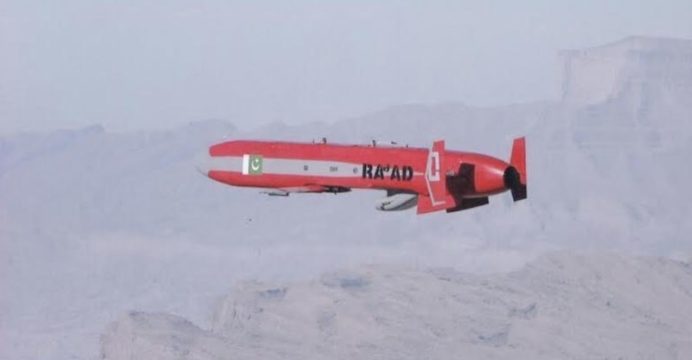 Pakistan’s financial limitations hamper its ability to achieve parity with India, especially in technology and capital intensive areas such as the air and sea warfare. The disparity is pervasive, but to put it simply, India has the assured ability to project power, even to realms of strategic interest to Pakistan, such as its sea-lines-of-communication (SLOC) or sea lanes (which are essential for trade). Pakistan does not possess any conventional power projection assets. However, this inability to compete does not necessarily mean that Pakistan is incapable of defending itself or deterring India.

Projected to spend $12 billion over the next eight years on procurement, Pakistan does not have much (in relative terms) to commit towards big-ticket items. Matching India in terms of howitzers, tanks, planes, ships, etc, may seem tempting, especially in light of India’s procurement plans, but Pakistan simply does not have the luxury to be that liberal with its funds. Each dollar needs to achieve more than simply adding another unit to the force (e.g. just another fighter aircraft), the acquisition needs help Pakistan withstand a conventional incursion, and inflict enough damage (via conventional means) to discourage an attack.

Pakistan basically requires force multipliers, i.e. weapon systems that can inflict quick and assured damage against an enemy’s vital assets, deny access against a numerically larger and technologically superior foe, and generate a conventional deterrence threat outlook. The last aspect is, admittedly, the most difficult to quantify – some may deny that it is even measurable, but this series will aim to substantiate the idea.

In order to fulfill each of the aforementioned areas, Pakistan could potentially procure complete systems such as new warships and combat aircraft, but the bulk of its expenditure will likely be devoted to less obvious – but very important – areas, such as precision-guided munitions, stand-off range weapons (e.g. cruise missiles), electronic support measures (ESM) and electronic warfare (EW).

One area where Pakistan could relatively excel in is anti-access and area denial (A2/AD). A2/AD is essentially the objective of preventing one’s enemies from acquiring a foothold, which could occur in one’s own territory, among other places (depending on the one defining the area in need of defending).

For Pakistan, the benefits of A2/AD will vary. For example, A2/AD may keep Karachi secure from direct military threats, but it will do little – if anything – to protect Pakistan’s SLOC or sea lanes. In war, a choke on Pakistan’s sea lanes will have a negative impact on Pakistan’s coastal economy, Karachi’s economic activities alone make up 20% of the country’s Gross Domestic Product. On the other hand, A2/AD across the Eastern Front on land and in the skies would afford Pakistan the space to comfortably strike Indian targets from within Pakistani territory. Force multipliers would be key for A2/AD as well as in generating a threshold for conventional deterrence.

There are many different areas to study in terms of Pakistan’s force multiplier efforts. Even if one were to focus on one service arm, such as the Pakistan Air Force, they would find that there are multiple areas that need to be examined; precision-guided munitions (PGM), EW, ESM, and combat aircraft, to name a few. But one could boil each sub-section within the PAF down even further, e.g. indigenizing PGM technology and scaling core elements – such as propulsion, range extension, guidance, etc – across a very large number of applications as a means to gain ground on cost, thus enabling one to amass a relatively large inventory. In reality, there is more to a force multiplier than simply the weapon used to inflict damage. Secondary factors, such as cost-savings and domestic support, can feed into the efficacy of one’s force multiplier assets as well.

Through July and August, Quwa will publish articles examining a number of areas that feed into Pakistan’s A2/AD strategy (or potential strategy). The focus will be on conventional systems, but will cover a range of areas, be it in terms of land, air and sea warfare, to the electromagnetic spectrum (i.e. EW/ECM), to the orientation of the defence industry. Part-two will be published this Friday (08/06/2016).