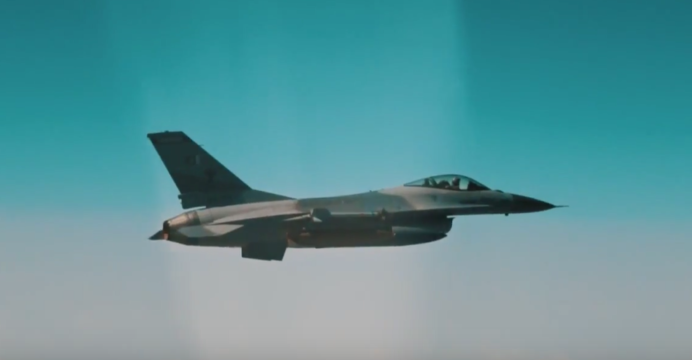 Turkey recently agreed to upgrade a number of the Pakistan Air Force’s F-16s for $75 million U.S. The deal was announced by a senior official belonging to the Deik Foreign Economic Relations Board, an Istanbul-based organization.

The Pakistan Air Force (PAF) may be in the process of upgrading its 13 F-16A/B Block-15ADF (short for Air Defence Fighter), which were acquired second-hand from Jordan in 2014.

Although capable of launching the AIM-120 Advanced Medium Range Air-to-Air Missile (AMRAAM), the F-16 ADFs were behind the PAF’s other F-16A/Bs – these had gone through the Mid-Life Update (MLU), which equipped them with the same radar and avionics as the PAF’s newer F-16C/D Block-52+.

Seeing the Turkish defence industry contracted to the task is not surprising. Turkish Aerospace Industries (TAI) and Aselsan were responsible for the MLU, which was done on over 40 legacy PAF F-16s. That said, it is unclear if the upgrade is in fact for the F-16 ADFs. The value of the contract – $75 million U.S. – is on the low side, even for the MLU. In 2006-2007 the MLU cost the PAF around $20-25 million a unit. This is either a deposit or initial payment, or is a comparatively minor upgrade (such as airframe restoration).

In any case, putting the F-16 ADFs through the MLU would be a welcome move. While not a qualitative driver, it would at least standardize the entirety of the PAF’s fleet along the same baseline in terms of radars, avionics, and weapons.

With Pakistan’s fiscal position precarious, the sight of used F-16s may be more commonplace in the PAF in the coming years. The value proposition of used F-16s in the context of the PAF was discussed on Quwa in January. The PAF has the infrastructure to add Block-15 and Block-32/42/52, and there are many used airframes in use and potentially available on the market. If the PAF was to go this route, one could expect TAI and Aselsan to be at the front of structurally restoring and upgrading the PAF’s ‘new’ F-16s.