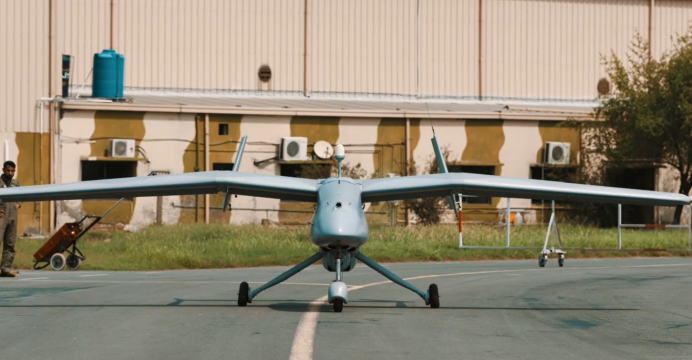 Surveillance assets, such as air surveillance radars, serve an integral role in building situational awareness, especially in the terms of providing early warning as well as creating room for a timely response. However, these radars offer situational awareness in only one respect, and that is in terms of managing airborne threats. In the battlefield, there are a large number of issues that need to be identified, understood, and addressed. The issues one faces will be different with every situation, hence the critical need to possess the means to gather information across a wide range of mediums.

In addition to being able to acquire information about the situation in the skies, one will also require the capacity to acquire information about the situation on the ground, in the sea, and in the electromagnetic spectrum (e.g. wireless communications, radio wave emissions, etc). This can only be accomplished with the use of other sensor systems, such as electro-optical (EO) and infrared (IR) sensors, synthetic aperture radars (SAR), and signal intelligence (SIGINT).

As one might imagine, being able to build situational awareness across so many mediums requires a number of different systems. These include EO and IR pods, electronic support measures (ESM), a diverse range of delivery platforms, and even orbital assets, i.e. satellites. The sum of these systems constitute a country’s intelligence and surveillance capabilities.

In the early 1960s, the Pakistan Air Force (PAF) was given 26 Martin B-57 Canberra bombers by the United States. These bombers were joined by two RB-57Bs, which were Canberra aircraft specially equipped for high-altitude photo-reconnaissance missions. Unfortunately, by the end of the 1965 war, these RB-57Bs were no longer airworthy. In 1967, the PAF acquired three Dassault Mirage IIIRP tactical reconnaissance fighters from France (as part of a larger package of 24 Mirage IIIs). These Mirage IIIRPs were equipped with Long-Range Aerial Photography (LORAP) pods, which enabled them to capture photos from high-altitude. In the mid-1970s, the PAF added another 10 LORAP-equipped Mirage IIIs. For several decades, these Mirages were at the core of the PAF’s overall image intelligence (IMINT) strategy.

By the mid-2000s, the PAF’s IMINT strategy – and ISR strategy in general – had begun to take on several significant shifts. First, the LORAP-equipped Mirage IIIs could not be counted upon to help the PAF in its counterinsurgency (COIN) efforts in the Federally Administered Tribal Areas (FATA). The cause for this was due to the fact that photos taken with the LORAP required a 24-hour processing period, which practically makes them useless in scenarios where the situation is evolving on a rapid basis.

To address this problem, the PAF acquired UTC Aerospace DB-110 photo-reconnaissance pods from the U.S. The DB-110s were equipped with the PAF’s new-built F-16C/D Block-52+ multi-role fighters, and afforded the PAF the capability to capture, process, and exchange reconnaissance photos in near real-time. This was made possible thanks to the DB-110’s use of modern imaging technology as well as its capability to feed imagery to a ground stations via data-link transmission. The tactical advantages accrued from this set-up were immense. Information captured by an DB-110-equipped F-16 could be passed to every relevant armed forces respondent in an area, enabling them an exponentially higher level of flexibility in terms of addressing a situation, especially when compared to the Mirage IIIRP. In fact, the DB-110 was even used to map the Swat area in the lead-up to Operation Rah-e-Rast in the summer of 2009.

The PAF also made a number of improvements to its use of unmanned aerial vehicles (UAV). In 2009, the Pakistan Aeronautical Complex (PAC) began producing Finmeccanica Falco UAVs under license. The Falco drones were acquired to strengthen the PAF’s tactical surveillance and reconnaissance capabilities. With a flight endurance of 8 to 14 hours, the Falco is capable of holding a payload of 25kg. This made it a suitable platform for carrying electro-optical and infrared (EO/IR) sensors, which could capture live video and monitor an area at nighttime, respectively.

In addition, the Falco could even be configured to carry a SAR pod, which would enable it to capture imagery using radio waves. SAR is particularly useful in its capacity to offer high-resolution imagery in poor weather conditions. Moreover, SAR – alongside GMTI [ground moving target indicator] capability – can offer users the capacity to identify moving targets (e.g. vehicles). It is possible that GMTI-capable SAR pod will be acquired for use on the F-16 (via the UTC-Finmeccanica TacSAR) or JF-17 (via perhaps pods from Turkey’s Aselsan or Finmeccanica’s Selex group).

EO/IR and SAR can be integrated onto a wide variety of platforms. For example, the PAF integrated Star Safire III EO/IR sensor ball alongside a BRITE Star II laser-designator on its C-130 Hercules transports. These “FLIR Herks” were used in Operation Rah-e-Nijat in October 2009 as airborne reconnaissance aircraft. In fact, the EO/IR feed is linked to flat-panel monitors. Pakistan Army personnel onboard the “FLIR Herks” relayed information from those feeds to ground-based friendlies by radio. While not an advanced form, this process is an example of network-centric warfare and an implementation of modern C4ISR methods.

Pakistan’s SIGINT capabilities are almost entirely embedded as subsystems within a number of complete platforms. For example, the electronic warfare (EW) and electronic countermeasures (ECM) systems used by the PAF’s F-16s and JF-17s are at some level SIGINT tools. The F-16’s defensive ECM suite (ALQ-211) is designed to identify emissions from enemy radars and – through digital radio frequency memory (DRFM-based methods – jam them. Similarly, the Pakistan Navy’s various surface warships and aerial assets are also equipped with SIGINT equipment, which is generally used to detect hostile electromagnetic activity, and in turn, initiative the procedures to mitigate them (via EW/ECM systems).

The PAF does possess a handful of dedicated SIGINT platforms in the form of the Dassault Falcon 20. The PAF retrofitted these VIP jets with dedicated electronic support measures equipment for ELINT, EW and ECM purposes. However, the Falcon 20 is basically among a handful of dedicated ESM platforms in the Pakistani military; the vast majority of this work is – as stated earlier – done through subsystems integrated onto multi-role or multi-mission platforms, such as fighter aircraft and frigates.

COMINT is essentially the practice of intercepting communications, whether it be between people directly, or through various forms of technology. This sits in the realm of structural or strategic intelligence work, which is done by agencies such as Inter Services Intelligence (ISI).

Pakistan’s tactical reconnaissance capabilities are up-to-par with its contemporaries. The possession of a UAV capable of carrying EO/IR equipment as well as the DB-110 photo-reconnaissance pod give Pakistan the capacity to acquire and diffuse reconnaissance information to connected assets in real-time.

That said, Pakistan’s reconnaissance capabilities are incomplete, especially in terms of space. For example, Pakistan does not possess (at least officially) military satellite programs, which are vital for a robust C4ISR system. In terms of intelligence and reconnaissance, Pakistan does not have plans for a dedicated surveillance satellite, a system that could be used to capture high-resolution images. Granted, the Space and Upper Atmosphere Research Commission (SUPARCO)’s PRSS-1 [Pakistan Remote Sensing Satellite] could theoretically be re-purposed for military use, but there is no indication that this will be the case.

In the interim, Pakistan will likely attempt to use the satellite ISR assets of its partners, most notably China. Of course, any exchange by Beijing would be done with its own interests in mind, first and foremost. It is unlikely that this will carry over into war-time support against a state-based adversary. In the end, the Pakistani military would be best served through its own dedicated military satellites, which would not only serve its ISR needs, but its communications and location/guidance requirements as well.